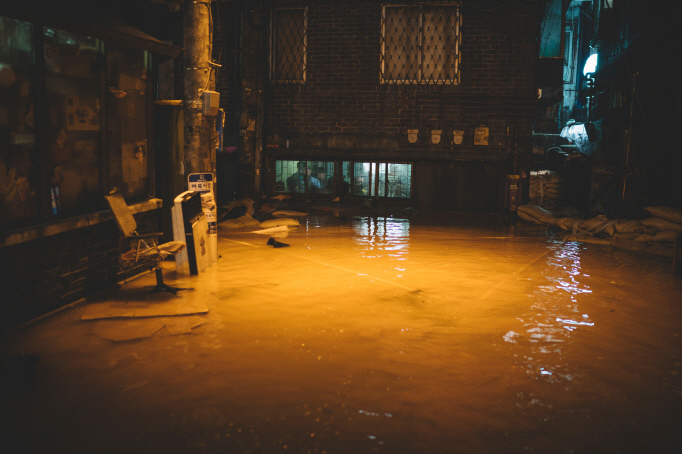 GOYANG, Feb. 12 (Korea Bizwire) — The set for a flooding scene from “Parasite,” winner of four Academy Awards this year, will be restored in a new visual culture complex to be built north of Seoul by 2026, officials said Wednesday.

Goyang, a city on the northern outskirts of the capital, announced the plan to restore one of the main sets from “Parasite,” along with those for other mega-hit South Korean movies, which were all partially filmed at Goyang Aqua Studio.

Goyang Aqua Studio, which opened in 2011, is the nation’s only studio where special effects for underwater scenes and battle scenes on the water can be filmed.

Underwater scenes in a number of box office hits, including “Roaring Currents,” “Haeundae,” “Ode to My Father” and “Masquerade,” were filmed there.

The municipality of Goyang said it will build its own visual culture complex on a 246,000-square-meter lot in the Ogeum neighborhood, about 15 kilometers northeast of the center of Seoul, by 2026 at a cost of 150 billion won (US$127 million).

Scenes from “Parasite” showing the semi-basement apartment of Ki-taek’s family and its neighborhood being flooded by a rainstorm were filmed at a makeshift set in Goyang Aqua Studio.

During the shooting of the film, studio officials poured 50 tons of water into the set of 40 households in 20 buildings.

Goyang’s government said it will restore the film sets of Parasite and other box office hits after holding consultations with their producers, adding that experience sightseeing facilities will also be planned.

It said Goyang Aqua Studio is an example of urban renovation and that its underwater shooting location was previously a waste water purification plant. An indoor studio was built there last October.

The municipal government said its new visual culture complex is expected to create synergies in conjunction with a massive entertainment and show business complex project under way in other parts of Goyang.