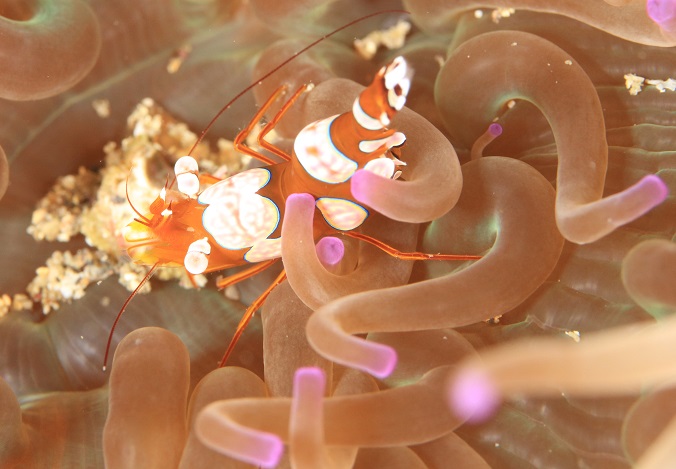 This charming looking subtropical species was filmed in waters 20 meters deep off Supsum Island, near Bomok-dong in Seogwipo, Jeju Island on Oct. 23.

The tiny shrimp, which grows up to 40-millimeter long, have a vivid orange body and large white spots and are easy to care for, making them very popular among those with hobby aquariums.

The shrimp was first discovered on Indonesia’s Ambon Island in 1881 and named after the island, and is known to live in shallow seas within 100 meters of water in the Red Sea, the Indian Ocean, the Pacific Ocean, the Caribbean Sea and the Gulf of Mexico. 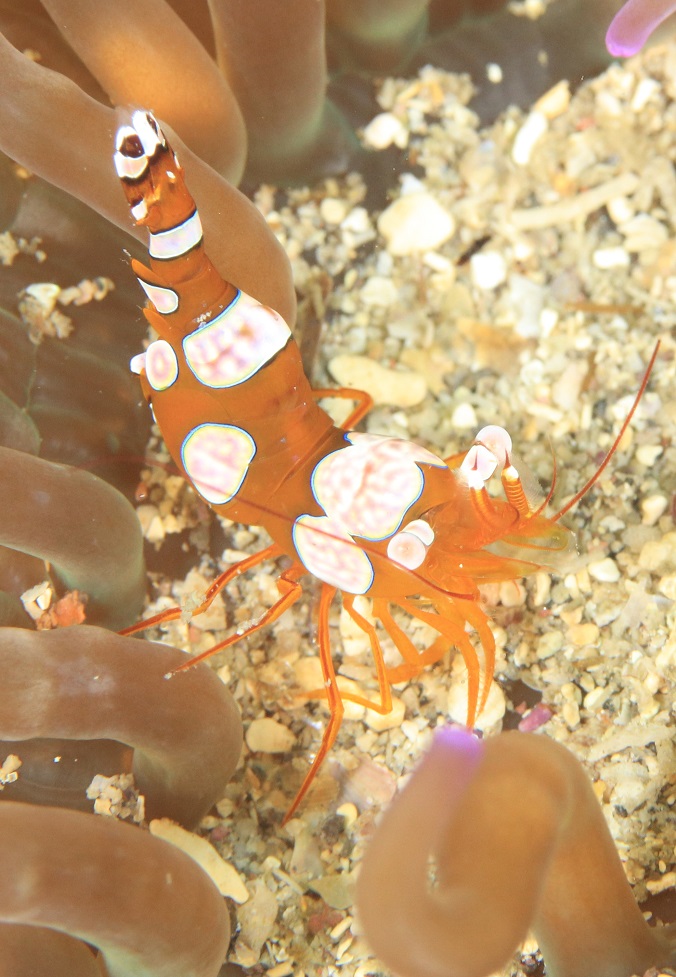