Twitter Inc. reported on Wednesday that nearly 46 million tweets shared the news regarding BTS’ newest release topping the Week 1 Hot 100 Chart for the period from Aug.31-Sept. 2. 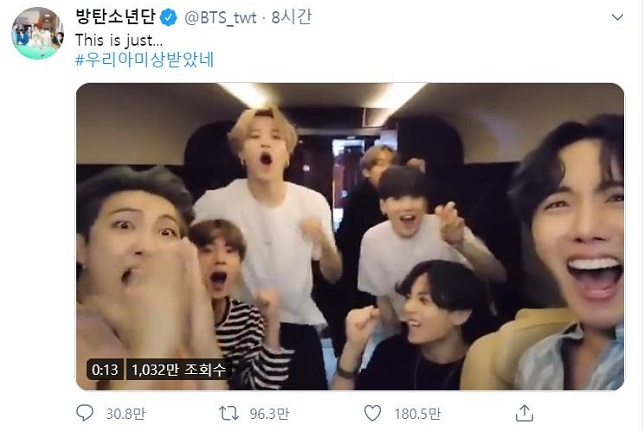 Data showed that the number of tweets related to BTS, Dynamite, and ARMY reached 257 million in the 30 days since Aug. 3, when the song was first released.

BTS remained at the top of the chart for the 194th week, breaking a long-standing record on Billboard’s Social 50 chart.