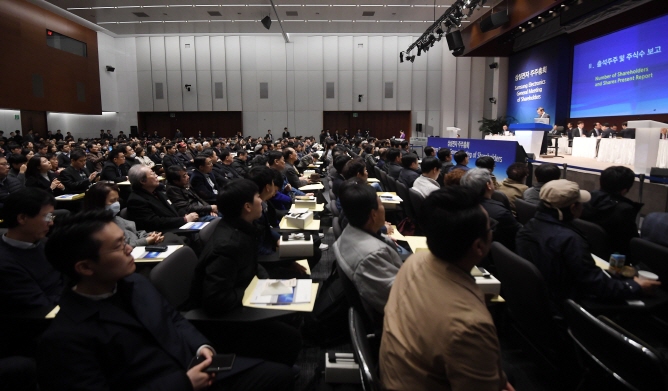 SEOUL, Mar. 25 (Korea Bizwire) — In this year’s season of shareholders’ meetings, shareholder proposals made by activist funds are being rejected one after another, leading many to retract from their original expectation that shareholder activism would make a strong impact on corporate management.

At the shareholders’ meeting for Savezone I&C Corp., all shareholder proposals made by HoldCo Asset Management, including the revision of the articles of incorporation for an increased cash dividend and the introduction of a cumulative voting system, were also rejected.

Shareholder proposals made by SC Asian Opportunity to Kangnam Jevisco Co. for an increased cash dividend and the appointment of an outside director were also turned down.

Korea Corporate Governance Improvement (KCGI), a South Korean activist fund, failed to acquire the rights to submit a shareholder proposal, putting an end to its original plan to collide head on with Hanjin KAL at the upcoming shareholders’ meeting on March 29.

Despite the series of defeats, however, experts argue that activist funds will continue to hold a significant presence in corporate management.

“We have to acknowledge the fact that more entities are resorting to shareholder proposals,” said Ahn Sang-hee, bureau chief at Daishin Economic Research Institute.

“Shareholders are going beyond past practices of calling for increased dividends to make suggestions on the articles of incorporation and even on corporate structure,” he added.

Shareholder activism is already having a significant impact on many South Korean firms.

SK Group, BGF Retail Co., and Orion Group made voluntary moves to change their corporate structure, including the separation of the position of President and Chairman of the Board.

Nongwoo Bio, Wonik IPS, and Hanmi Science proposed the introduction of an audit committee, even though it is not mandatory.

Hanjin Group also accepted a certain portion of the requests that were to be made by KCGI to add more outside directors and sell unused property last month.

“It shows that KCGI has strong presence in the management of the Hanjin Group,” said Kang Seong-jin, a researcher at KB Securities.

“The competition between KCGI and the management staff at Hanjin Group to win shareholder support will improve shareholder value.”