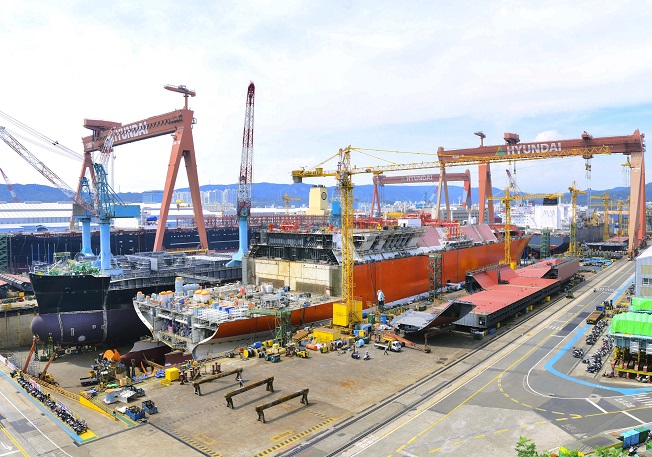 SEOUL, Dec. 8 (Korea Bizwire) — Management and labor unions of South Korea’s major shipbuilders have reached a tentative agreement on wage negotiations, and such agreements included several solutions on how to deal with the shortage of workers facing domestic shipyards.

Hyundai Heavy Industries Co. decided to provide employees who reached retirement age this year with the opportunity of working for one more year as contract workers if they pass a medical examination, according to industry sources.

The agreement stipulated that the tenure of the workers who want to continue to work after the one-year period can be extended.

Daewoo Shipbuilding & Marine Engineering Co. also stipulated in the agreement that employees who reached retirement age this year can be hired as contract workers for one more year.

Such agreements were not seen in the past when order backlogs remained low.

To prevent employees from leaving the company, Daewoo Shipbuilding decided to increase the pay scale for all of its production and office workers who joined the company as new or experienced workers in and after 2009.