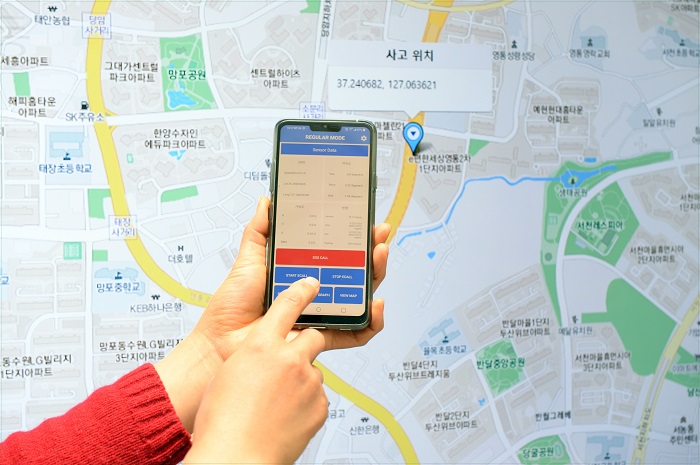 DAEJEON, Feb. 20 (Korea Bizwire) — South Korea has developed a technology that automatically sends out a distress call when a car overturns in an accident or a driver loses control of their vehicle.

The Electronics and Telecommunications Research Institute (ETRI) in Daejeon announced on Tuesday that it has developed seven terminal units equipped with the e-Call service and software for smartphones.

The e-Call service automatically sends information to a local control center when an accident occurs.

Multiple sensors detect the impact from an accident and transfer data via various devices to a local control center, which would be able to confirm the location of the accident, number of people onboard, and the model of the vehicle.

The terminal units have gone beyond relying on airbags to detect a car accident by detecting an overturning car using a gyroscope.

The terminal units will also be able to detect drastic changes in the speed of a car. Since the units constantly adjust initial settings, they become ‘smarter’ as more time is spent driving the vehicle.

If a call comes from the local control center, the driver can press the rescue button to take various measures.

The e-Call system will still work even if the driver fails to respond over a long period of time. If it’s a false alarm, the driver can simply turn down the service offer.

In Europe, a similar emergency system uses a texting service on smartphones to report a car accident.

On the other hand, South Korea’s new system uses data networks to allow large amounts of data to be sent, including photographs from a black box. 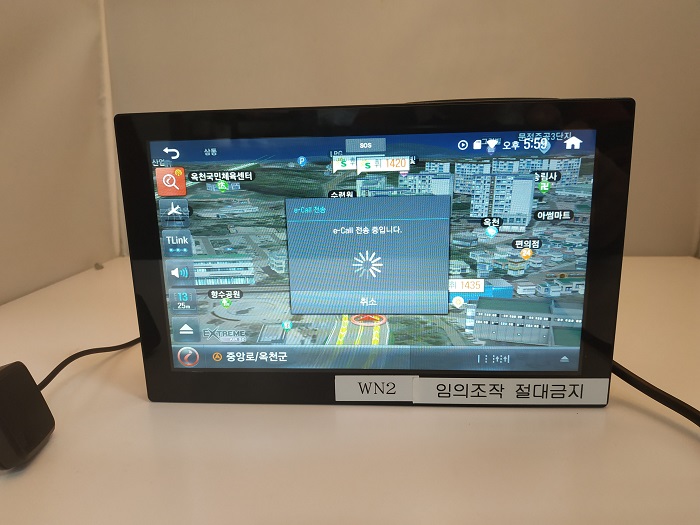 The terminal units have gone beyond relying on airbags to detect a car accident by detecting an overturning car using a gyroscope. (image: ETRI)

The ETRI said that it has completed final checks after testing the equipment on 21 parcel trucks from Korea Post.

The institute has also created one ITU international standard. It is working on creating two more standards.

“We will now have to work on establishing the control centers that will carry out the call back duties, as well as legislation that will make the service mandatory on all vehicles.”