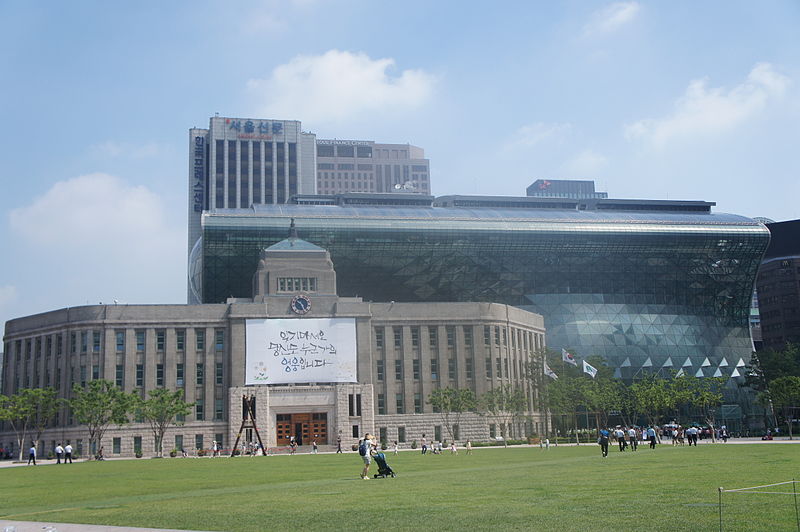 On May 13, according to the Metropolitan Government of Seoul, it has come up with an idea of the Seoul Time Capsule to provide a fun activity using the IT technology to the visitors of the Seoul Citizens Hall. (image: BundangLine M/Wikimedia commons)

SEOUL, May 15 (Korea Bizwire) – A unique device, which is about 40 cm in diameter and 120 cm in height, named the “Seoul Time Capsule,” is installed in the basement of the Seoul Citizens Hall.

This modern time capsule is a reinterpretation of the traditional time capsules which are buried under the ground for a certain amount of time before their revelation, and unlike the old school, it can be sealed and opened anytime. The users can simply transfer the memories to be cherished in forms of messages or pictures.

For example, if citizens visited the Seoul Citizens Hall with their family, they can send the family pictures taken on the spot into the time capsule. One may also store personal goals or wishes in the time capsule and check them after one month, after six month or even after one year.

On May 13, according to the Metropolitan Government of Seoul, it has come up with an idea of the Seoul Time Capsule to provide a fun activity using the IT technology to the visitors of the Seoul Citizens Hall.

A citizen said, “I have tried out using the time capsule when I visited the Seoul Citizens Hall with my children.” He commented that it was a meaningful experience as he could store a precious moment with his family into his own time capsule instantly. He said, “It would be fun to open it every time I visit the city hall.”

The Seoul Time Capsule was first introduced to the public on May 1, and as of May 12, there have been 525 messages stored in the device.