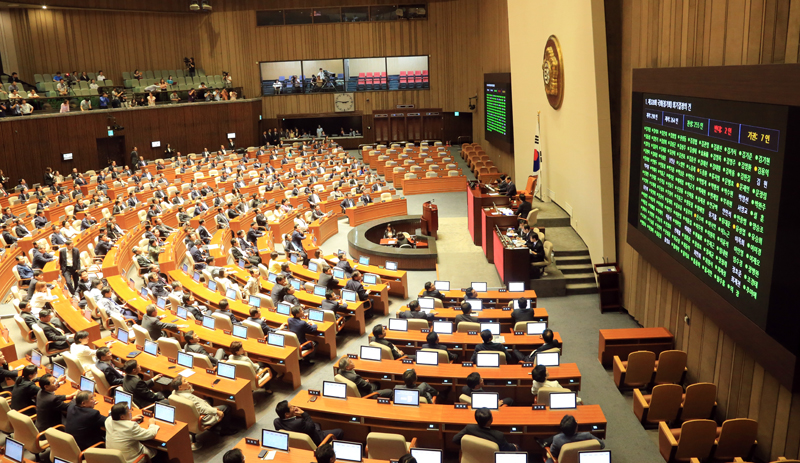 SEOUL, Mar. 23 (Korea Bizwire) — South Korea’s three political parties on Wednesday hammered out a joint draft revision of the Constitution that calls for a shift from the current single-term, five-year presidency to a two-term, four-year presidency, party officials said.

The proposal also envisions a power-sharing structure in which the president as the head of state is in charge of diplomacy and national security, while the prime minister named by parliament controls domestic affairs, they said.

The agreement was reached by the Liberty Korea Party, the People’s Party and the Bareun Party.

The three parties hold a sufficient number of seats to put the bill to a vote at the National Assembly but fall short of the two-thirds of the total needed to pass the revision for a referendum.

The largest Democratic Party remains cautious with worries that the amendment debate would dilute voters’ current aspirations for a change of government ahead of the May 9 presidential election.