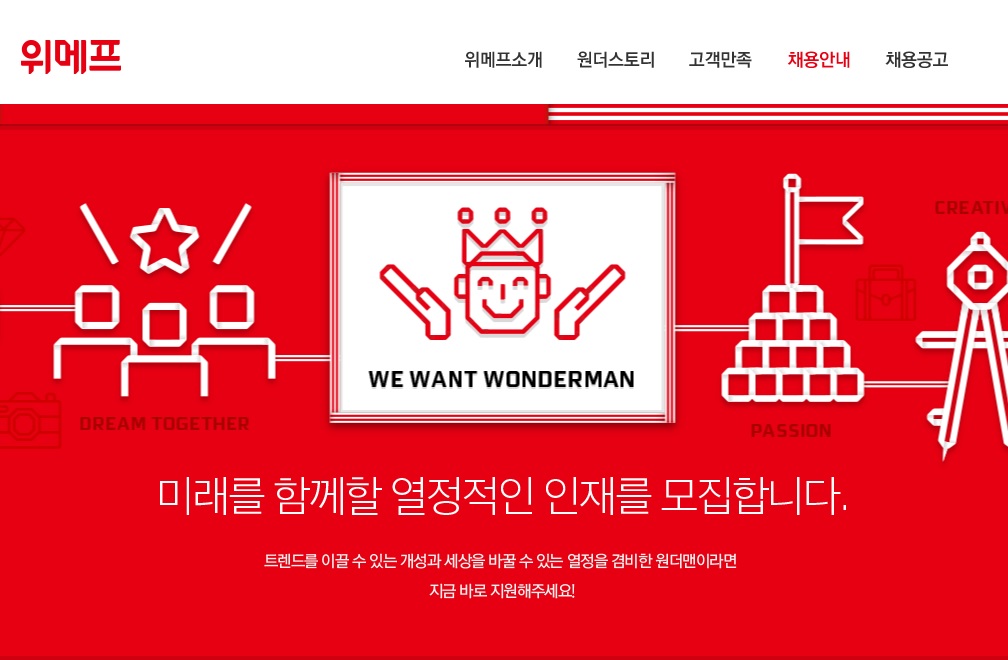 Amidst the criticism, WeMakePrice announced an apology and re-hired the 11 assistants as full time employees. (image: WeMakePrice)

WeMakePrice said none of the 11 candidates met their hiring criteria. When the incident was unveiled on January 7, netizens started to close their accounts on WeMakePrice and threatened boycotts against the company. Some netizens posted screenshots of their closed accounts on large community websites. Since many WeMakePrice customers are in their twenties and thirties, a boycott could cause significant damage to the company, since it is mostly led by young people actively using the community sites.

The backlash seems to result from an issue currently dubbed ‘passion payment,’ which refers to employees working for passion, not for payment. The term speaks of interns and employees in their probation period who have to work hard with little or no payment under the guise of doing the work of their passion. The term was coined in a Korean book called “How Passion Becomes Labor” written by Han Yun-hyeong, Choi Tae-seop and Kim Jung-geun and published in 2011.

Last year, a 26 year old woman killed herself after being fired from a job where she was sexually harassed and overworked for two years. She endured two years under a promise to eventually be put on the regular payroll.