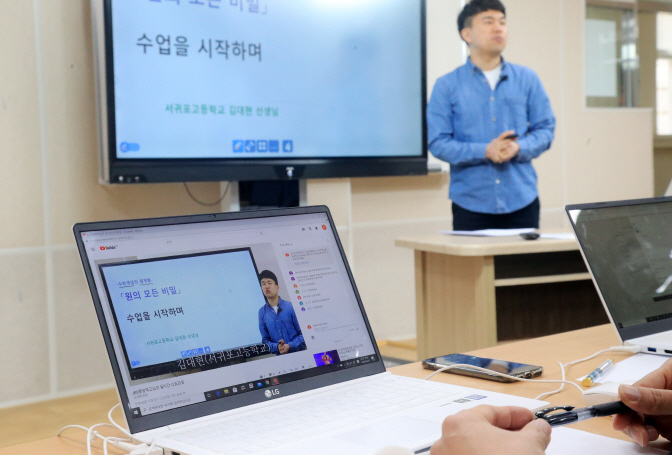 In a similar situation, countries around the world are also adopting remote education-based measures amid the novel coronavirus outbreak, the Korea Institute for Curriculum and Evaluation and the Korean Educational Development Institute said Tuesday.

In China, once seen as the epicenter of the coronavirus outbreak, the school year has already been postponed indefinitely since January.

Some areas that have not been touched by the outbreak are announcing a return to school, but others recognize online learning as the ‘new normal’ and have established a schedule to ensure that the required number of classes can be held.

While establishing a “national cloud learning platform” that allows 50 million people to connect at the same time, elementary education lectures are being sent through state-run China Central Television (CCTV).

Meanwhile, Singapore, which has recently seen a sharp rise in the number of confirmed cases, has also announced plans to shift to a Home Based Learning (HBL) system by May 4.

Only small-scale classes and care are provided at schools for families that cannot work from home or for some students who have difficulty with HBL.

France, which has witnessed 20,000 deaths, decided to close down all schools indefinitely on March 16.

The country is conducting remote classes through the National Center for Distance Education to resolve the educational vacuum, and has already canceled the Baccalaureate college entrance exam scheduled for June. 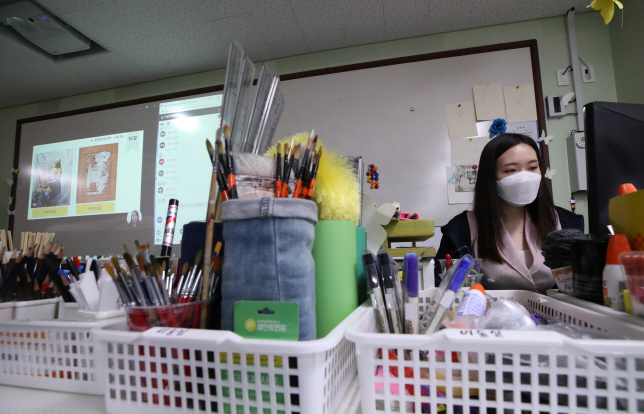 An art teacher at Doseon High School in the eastern Seoul ward of Seongdong run an online class on April 9, 2020. (Yonhap)

The same is true of the neighboring Britain.

Following the indefinite closure of elementary, middle and high school education institutions across the country, digital education materials are being provided in collaboration with the BBC and other broadcasters.

Furthermore, the U.S., which has more than 40,000 deaths, is preparing a simplified test so that AP exams scheduled for April 4 to 8, 11 to 15 and 20 to 22 can be taken at home depending on the situation next month.

On the other hand, Japan has seen its outbreak spiral out of control with a complacent response.

Most schools were temporarily closed until March 31, but a measure was taken to allow students to go to school from the April 1 in consideration of regional and school conditions.

However, as the number of confirmed cases has grown to between 500 and 600 every day, schools have once again closed.

No schedule has been set for offline school openings.