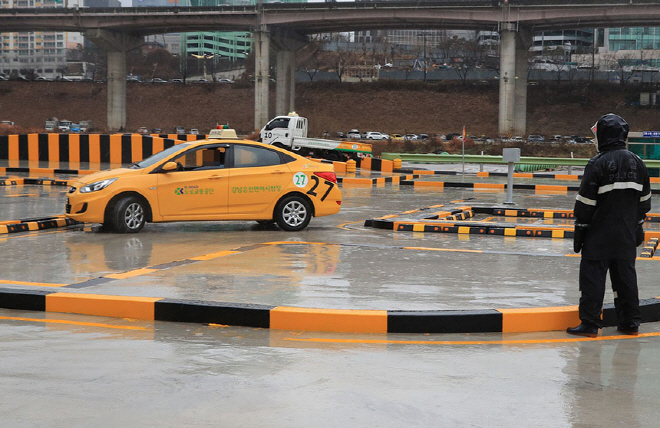 The authority explained that the previous system was not effective as few people applied to take the exam in the other seven languages. (image: Yonhap)

INCHEON, Oct. 25 (Korea Bizwire) — The Road Traffic Authority, the government agency that issues driving licenses, has recently reduced the number of languages in which written driving exams are offered for foreigners living in South Korea.

Due to the growing number of foreigners in South Korea, the new measure is bound to be an inconvenience for many people.

In August, the Road Traffic Authority cut down the number languages for the written portion of the exam from 10 to three.

As of August 1, however, the exam will only be offered in English, Chinese and Vietnamese.

The authority explained that the previous system was not effective as few people applied to take the exam in the other seven languages.

“Most people take the written exam in English, Chinese or Vietnamese, which is why we discontinued the exam in the other languages,” said an official.

Last year, there were more than 6,800 foreigners who took the written test in the seven languages aside from English, Chinese and Vietnamese, accounting for 13 percent of all test-takers.

Because the number of test-taking foreigners who are unable to take the exam in English, Chinese and Vietnamese is substantial, experts believe that the change would only compel foreigners to look to those who are well versed in English to help them cheat during the written test.

The Road Traffic Authority stated that it “had no other measure planned to provide exams in the languages that were recently discontinued.”