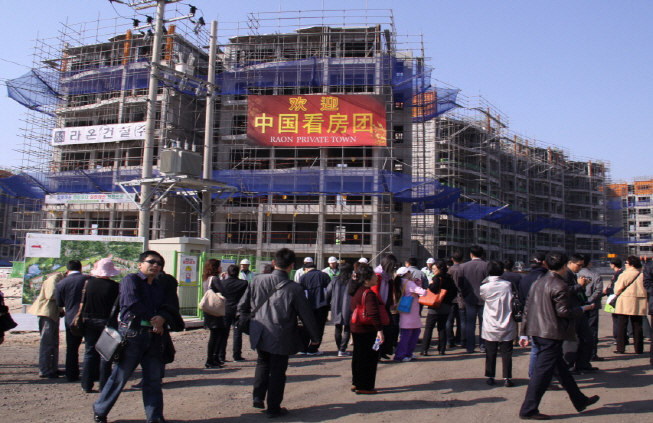 Jeju will begin imposing 1 percent of 60 percent of a condominium’s posted price as property tax for foreigners this year, after which 1 percent will be added annually until it reaches 4 percent by 2022. (image: Yonhap)

JEJU, Jan. 3 (Korea Bizwire) — Starting this year, foreigners in Jeju will be subject to heavy taxation if they use condominiums that they have purchased as vacation homes.

Jeju Province announced on Wednesday that condominiums acquired by foreigners, unless proven as primary residences, will be regarded as private vacation homes, and will be subject to additional property tax.

Jeju will begin imposing 1 percent of 60 percent of a condominium’s posted price as property tax for foreigners this year, after which 1 percent will be added annually until it reaches 4 percent by 2022.

Jeju Province pre-announced the legislation that includes the plan.

The plan was previously blocked by foreign investors back in 2015, when the Ministry of Justice decided to make an exception to the condominium zones invested in by foreigners until 2018.

Jeju Province explained that the gradual increase in the property tax was based on the intention to minimize the tax burden on foreign investors, adding that using a condominium as a primary residence would exempt it from extra taxation.

Any homes that exceed the specifications of a residential home in agricultural and fishing towns (housing site below 660㎡, total floor area of a building below 150㎡, price of the building below 65 million won (US$57,650)) can be regarded as private vacation homes, unless they are used as primary residences.

In addition, condominiums are regarded as buildings, as opposed to residential homes, which are subject to property taxation, by default, amounting to 0.25 percent of 70 percent of the standard market price.

This indicates that foreign investors will have to pay more taxes once condominiums are categorized as private vacation homes.

“Using a condominium as a primary residence will exempt a buyer from double taxation,” said a source from Jeju Province.

“Considering that South Koreans are already subject to such taxation, double taxation on foreigners is inevitable for the sake of fairness.”

The new policy is expected to tackle the problem of aggressive real estate speculation led by foreign investors on Jeju Island.