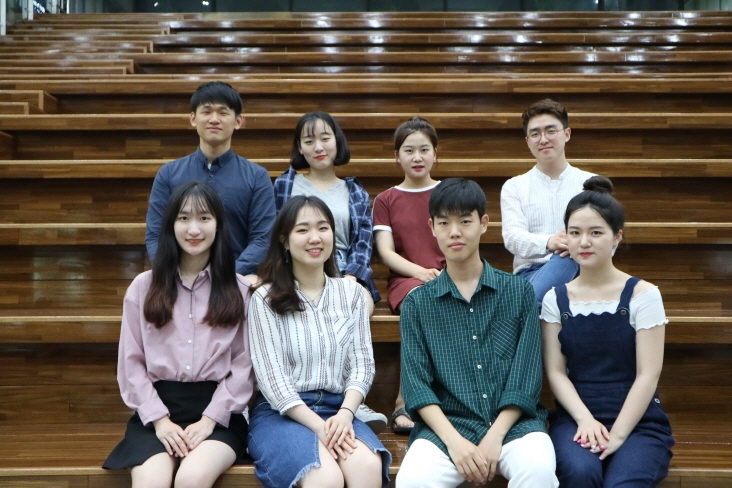 Kwon So-yoon (2nd from left, front row) and other members of the “Re:Light” team from Yonsei University pose for a photo in this undated picture provided by the team. (image: Yonhap)

SEOUL, Jun. 28 (Korea Bizwire) — South Korea is not the best place for asylum seekers, with only about four out of every 100 applicants having won refugee status so far since 1994, and it lags far behind many European countries in terms of medical, job, and other social benefits offered to such migrants fleeing persecution.

Still, there is a series of useful services available to them, provided either by central and local governments or non-governmental organizations, including low-cost medical services at more than 140 publicly funded and other designated hospitals.

But few asylum seekers know such benefits even exist, and that’s why a group of college students have developed a smartphone app that offers the kind of information refugees need to know and guides them to hospitals and other institutions they can seek help from.

“Before developing this app, we did a number of interviews with asylum seekers, and few of them were aware they can go to hospital with government support and send children to school,” said Kwon So-yoon, leader of a group of eight Yonsei University students that developed the app, titled “Hello Refugees!”

“There is also an NGO that helps refugees get health insurance, and the Seoul Global Center (run by the Seoul city government) helps them get jobs and offers legal counseling and Korean language education,” she said in an interview on Monday.

Kwon’s team, named “Re:Light,” meaning “light for refugees,” is one of five projects undertaken by the Yonsei University branch of the global nonprofit organization Enactus, which encourages college students to change the world through entrepreneurial and social service projects.

Since the team’s launch in September, students have made visits to a series of refugee communities, including those in Itaewon in Seoul and Dongducheon, north of Seoul, to interview asylum seekers to figure out what kind of help they need.

They also visited the Korea Immigration Service office to talk to officials.

“We asked (asylum seekers) what’s most difficult to deal with while living in South Korea and what they need the most,” said Kim Ho-jin, another team member. “Most talked about the difficulty of getting medical services and education for children. We saw a great need for this kind of basic information.” 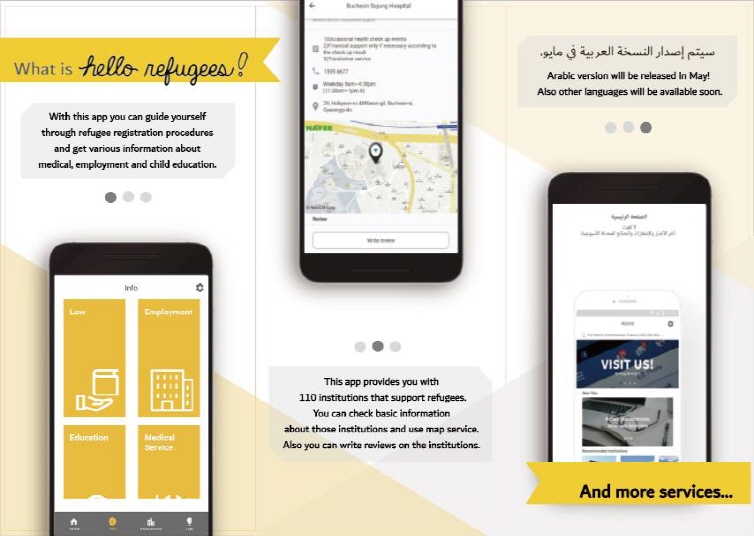 The students began developing the app in January and released it in April.

The app offers basic information on law, medical services, education and employment in South Korea and gives lists of hospitals, NGOs and other institutions they can visit, along with details like where those institutions are, what they need to take with them and whether interpretation is available.

The app comes in both English and Arabic, and the students plan to add French in future versions.

“This app is designed for those who recently arrived and don’t have much information about living in Korea,” said team member Kim Hyeon-seop, who is set to take over as leader. “It’s to give information about everyday living while asylum seekers wait for the first decision on their refugee status applications.”

Many asylum seekers don’t know, for instance, that there is a medical support program for migrant workers, under which not only officially recognized refugees but also refugee applicants can get medical treatment at 146 publicly funded and other designated hospitals. They only need to pay 10 percent of a maximum bill of 5 million won (US$4,484) per visit.

South Korea began accepting refugee applications in 1994 after acceding to the Convention Relating to the Status of Refugees in 1992. The country also enacted the Refugee Act in 2013, becoming the first Asian country to do so.

However, the country has not been generous in granting refugee status.

In recent weeks, the issue of refugees has been drawing unprecedented attention in South Korea amid rising anti-refugee sentiment triggered by the arrivals in recent months of more than 500 Yemeni asylum seekers on the southern resort island of Jeju under a no-visa program aimed at promoting tourism.

Their entry has sparked worries that many of them could be bogus refugees seeking economic advantage and that similar arrivals could follow. More than 200,000 people have signed a petition urging the presidential office to reject their refugee applications.

“I think people can voice such concerns. The problem is fears about bogus refugees,” said Kim Ho-jin, a Yonsei student with a major in social welfare. He blamed the shortage of immigration officials assigned to reviewing refugee applications for prolonging the review process and causing fake asylum seekers to abuse the system to get jobs and other benefits.

Currently, only 38 immigration officials handle refugee applications across the country. Last year, they dealt with 9,942 applications, or more than 300 cases per official. This is why the initial review of an application can take at least six months.

“Why do we need to protect refugees? Because these are people living on the margin,” Kwon, the team leader, said. “They left their home countries as they couldn’t get protection there. They need protection in the countries they migrated to.”

One of the ways to help protect them is to provide them with information they need, she said, adding that the Re:Light team will continue to improve the refugee app.

“In a word, we hope our app will become a Google for refugees,” Kwon said. “Just as we search Naver or Google when we need information, I hope refugees will get various information from our app about living in South Korea.”