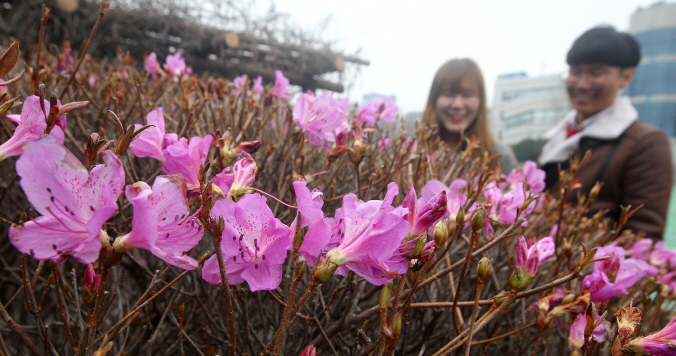 SEOUL, March 10 (Korea Bizwire) — The first blossoming of azaleas this spring was observed on the southern island of Jeju last week, nearly one month earlier than average due to warmer weather, the state weather agency said Tuesday.

The observation was made on March 3, the earliest since the nation began to track the pattern nationwide in 1973, according to the Korea Meteorological Administration.

The early flowering is due to unusually high temperatures in February and early March, the agency said.

No blooming of azaleas, one of the nation’s representative spring flowers, has been detected in the agency’s 12 other major observation cities this season, while its flowering was reported in Mokpo, which is not on the list, on Sunday.