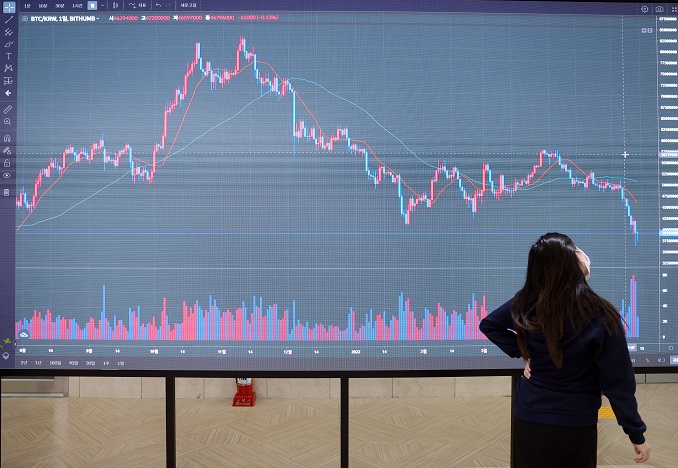 SEOUL, June 3 (Korea Bizwire) — Amid a recent series of large-scale embezzlement cases by employees of banks and other financial companies, cases of employees exploiting company funds to invest in cryptocurrencies have continued to pop up over the past couple of years.

An unidentified person, an accountant at a fashion manufacturer, was charged with embezzling 5.28 billion won (US$42.3 million) between March 2019 and June 2020.

The person used the embezzled money to purchase bitcoin or cryptocurrency futures and ended up with a seven-year prison sentence.

Another unidentified person, a franchise manager at KT Corp.’s branch office, was sued for stealing 4,346 smartphones kept at a local warehouse and selling them to a second-hand buyer over a period of three years starting in September 2017.

The person also invested most of the 5.55 billion won earned from selling the smartphones in cryptocurrencies.

The person was given a four-year sentence, although it was later reduced after the person paid back most of the money he had embezzled.

In other cases, employees at non-business institutions like schools and labor cooperatives are embezzling money to invest in cryptocurrencies.

The problem, however, is that a failed investment in cryptocurrency may deprive companies and other institutions of getting their money back.

“Whether the embezzled money is retrievable depends on the market. In case of a plunge in the cryptocurrency market like the recent recent collapse of TerraUSD and its sister coin Luna, it will only become more difficult to retrieve the embezzled money,” said Cho Jung-hee, a managing partner at D.CODE Law Group.