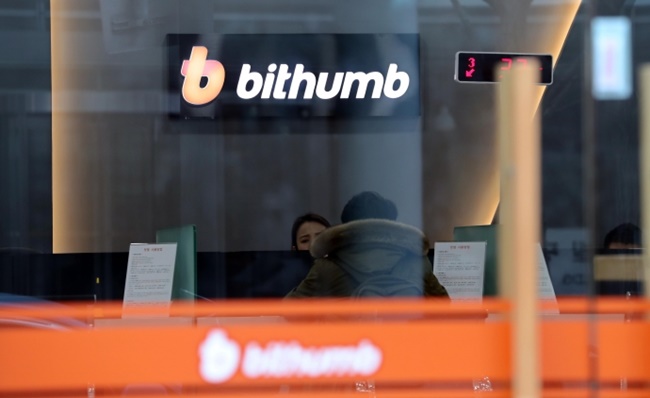 The theft took place between Tuesday night and dawn on Wednesday, Bithumb said in a statement.

Bithumb said its cryptocurrencies were moved to a more secure “cold wallet,” which can transfer coins to a platform that is not connected to the Internet.

Deposit and withdrawal services were halted “for the time being,” the exchange said.

“The loss will be compensated by Bithumb’s own reservoir,” Bithumb said.

Bithumb apologized for the incident, asking its customers “not to deposit any fund into Bithumb wallet addresses.”

At the same time, the Seoul police launched a probe into the case. It sent several officers to Bithumb’s Seoul headquarters to collect records and data from the company’s computers.

It was the second hacking attack of a cryptocurrency exchange in less than two weeks in South Korea.

Earlier this month, the minor exchange Coinrail said it was hacked and lost digital money worth around 40 billion won.

Over the past 14 months, the total amount of damages by hacking attacks on cryptocurrency exchanges stood at some 97.7 billion won, and few customers have received due compensation, according to the authorities.

A series of such incidents have sparked public calls for the government’s tougher regulation of the industry, which has largely been managed under a self-regulatory mechanism.

“Local exchanges have quite poor security systems in place,” said Kim Seung-joo, a professor at Seoul’s Korea University. “It is imperative for the government to have a clear definition related to the matter and create legal boundaries.”