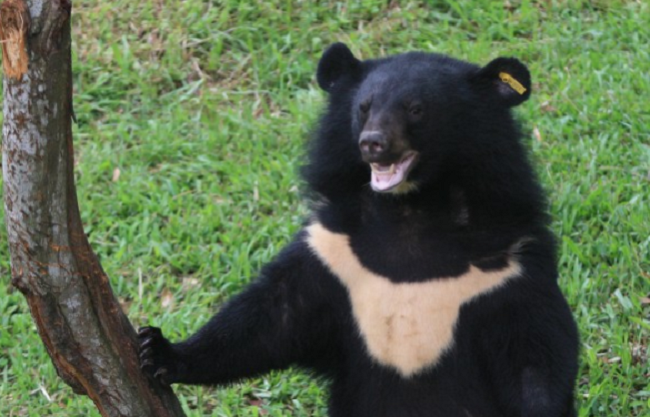 Also known as a moon bear for the white, v-shaped mark on its chest, KM-53 was placed in the area of Jirisan National Park reserved for moon bears in October 2015. Born in January, the bear cub was trained to adapt to its environment and given free rein to roam, though a tracking device was attached to its ear to account for its whereabouts.

The cause of the subsequent handwringing over the bear’s future began on June 15 of this year, when KM-53 was discovered living in the forests of Sudosan, a mountain at least 80 kilometers away from Jirisan.

The bear’s tracker had been malfunctioning and had not been transmitting the bear’s location, which led the Korea National Park Service (KNPS) to launch a search for the missing creature. After capturing it on Sudosan, the agency re-released KM-53 in Jirisan National Park on July 6 after additional training with the assumption that the bear had failed to properly adapt to its environment.

Ten days later, KM-53 breached the boundaries of the reserve, bringing the KNPS out on the hunt once more. A search party found KM-53 at Sudosan once again, where it had apparently ended its migration five days prior to being found. 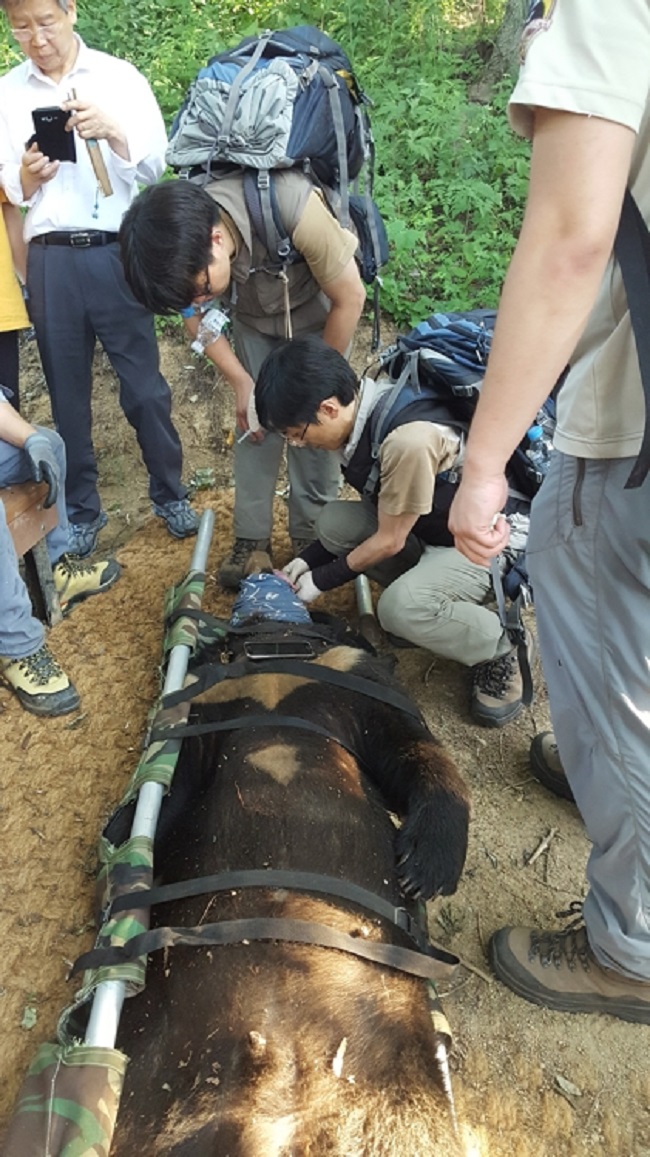 A search party found KM-53 at Sudosan once again, where it had apparently ended its migration five days prior to being found. (Image: Korea National Park Service Species Restoration Technology Institute)

“Workshop to Guarantee the Co-existence of Humans and Moon Bears”

One topic and three potential solutions were discussed at the workshop jointly hosted by the Korea National Park Service and the Ministry of Environment and attended by representatives from academia, animal rights NGOs and various civic organizations.

The topic of discussion was  what to do with the peripatetic moon bear. The proposed solutions were:

The first option is a the last option the KNPS would consider and is unlikely.

The second option is favored by animal rights NGOs, who point out that the bear had merely followed its own instincts and found its home. Leading up to the workshop, the KNPS had dismissed this option as a probable course of action.

The third option is supported by both NGOs and academics such as professor of forest science Park Yeong Cheol from Gangwon National University, who said at the workshop, “Jirisan currently has a population of 47 moon bears and can support a population of 50 to 70. As a case for expanding [the moon bear’s] habitat is organically occurring, there needs to be a shift in overall ideas regarding the repopulation of the animals and a broadening of their habitat.”

The “shift in overall ideas regarding the repopulation of the animals” Professor Park alluded to is a direct critique of the KNPS’ refusal to consider option two.

Since 2004, the government has made a concerted effort to increase the number of Asian black bears by implementing breeding measures and importing animals from foreign populations. As the current policy is to ease the bears into Jirisan National Park, removing a young bear and placing it in an environment with no other members of the same species would be counterintuitive to the government’s aims.

This logically leads to the “broadening of their habitat” that Professor Park espouses. However, this would mean the bears’ heretofore deliberately separated habitat from human populations may be encroached upon by people and vice versa.

KM-53, despite having adeptly maneuvered through roads and on the outskirts of populated areas, still ran the risk of encountering and potentially causing harm to people and property, a major concern of the KNPS. The KNPS had previously defended its decision to remove KM-83 from Sudosan by saying that the residents around the mountain were not ready for the animals to live nearby.

Seemingly as an address to the KNPS’ statement, professor of veterinary medicine Shin Nam Sik from Seoul National University agreed when he said, “The risk of harm to people cannot be dismissed when moving KM-53.” However, he also disagreed with the KNPS’ premise. “If appropriate measures are put in place and a sense of understanding is shared, there are unlikely to be problems [with the move].”

The ministry announced that it will look to make a quick decision on KM-53‘s future.

Sudosan is believed to be a suitable environment with plenty of food sources as a potential home for the black bear. 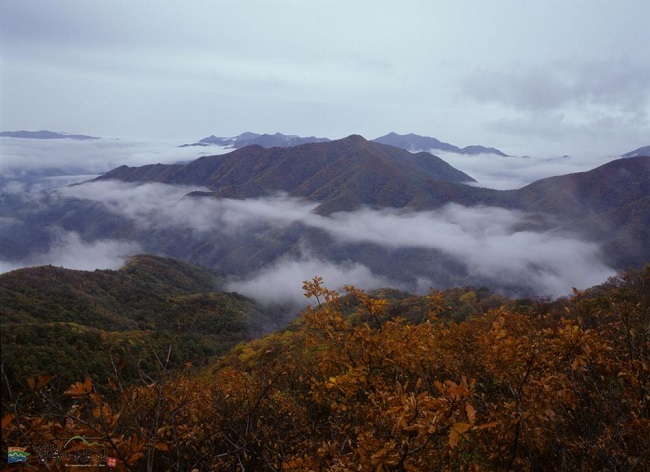 Sudosan is believed to be a suitable environment with plenty of food sources as a potential home for the black bear. (Image: Gyeongsanbuk-do Tour Corporation)