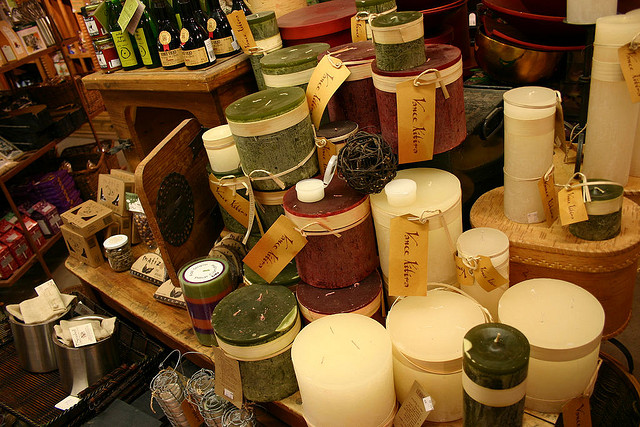 Behind the rapid growth of the aromatherapy industry, there lies an army of office workers suffering daily from stress and overwork. (image:killrbeez/flickr)

SEOUL, Korea, April 11 (Korea Bizwire) – There may be several different ways for anyone to recall past memories. Some may rely on browsing through old photo albums, personal journals, or letters. But some others are reminded of long forgotten memories from a whiff of smell. It is a well-established fact among scientists that olfactory memory is the strongest and longest-lasting memory of all sensory organs.

To take advantage of this fact commercially, perfume makers have come up with a variety of scents pleasing to the olfactory organ. One of these products popular these days is fragrant candles that are used as part of aromatherapy.

Beginning in upscale department store corners, now -alone fragrant candle stores have stand sprung up in many commercial districts. As the candle stores can be run relatively easily with a few full-time staff, they have become firmly established as a business item with high sales revenue per square meter.

Behind the rapid growth of the aromatherapy industry, there lies an army of office workers suffering daily from stress and overwork. According to SimpleX Internet, the number of office workers looking for aroma candles and pillow perfume has increased of late. Shinsegae Department Store reported that its perfume candle sales have grown 65 percent in 2012 from the previous year.

As for Lotte Department Store, the annual growth rate of the sales of home fragrance brands such as Woodwick, Millefiori, Dayna Decker, and Archipelago have maintained the 20 percent level for the past several years. 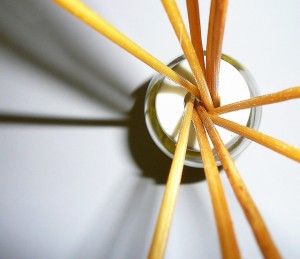 One of the most popular forms of fragrance diffusers is the diffuser on a wooden stick or reed. (image:krossbow/flickr)

Unlike the spray-type air freshener, fragrance diffusers are slower in spreading the smell while doubling as a visually pleasing interior prop.

E-Mart reported its December 2013 aroma candle sales have increased 92 percent year on year while those for spray air-fresheners saw a decline of more than 50 percent during the same period.

One of the most popular forms of fragrance diffusers is the diffuser on a wooden stick or reed. As the burning sound keeps the listener feel calm, the diffuser has become highly popular among New Age consumers despite high prices.

The sales revenue from diffusers compiled by Hyundai Department Store in the month of August last year was up 25 percent from the same month in 2012.

As the overall home fragrance market gets bigger, fragrance stores are going independent away from department store lease spaces. Beginning in April 2012, Shinsegae Department Store opened an independent store in its Gyeonggi location, followed by another store in its main location in Seoul’s downtown.

The sales revenue growth rate of these two stores this year to date was in excess of 100 percent. Lotte Department Store will also hold a series of promotional events introducing store visitors a variety of aroma candles and diffusers.