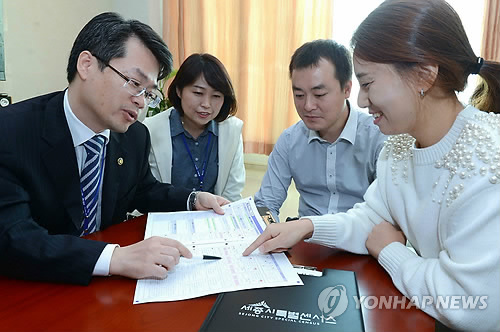 Statistics Korea will conduct the census on all Koreans and foreign residents in the territory of Korea and their places of residence from November 1 to 15. (image: Yonhap)

SEOUL, July 24 (Korea Bizwire) – The Population and Housing Census that is held every five years will be conducted this year as a registration-based census for the first time, using big data such as resident registrations and family relation certificates.

Statistics Korea will conduct the census on all Koreans and foreign residents in the territory of Korea and their places of residence from November 1 to 15. In the past, the census was conducted as a complete enumeration, but this year, the statistics agency will employ a registration census, in which statistics are generated by various administrative data.

For the survey, Statistics Korea will leverage 24 different types of administrative data from 13 government bodies.

The sample size for the sample survey will be increased from the previous 10 percent to 20 percent. The selected households will be announced in mid-October and informed of survey schedules, and respondents will be able to fill out the census and answer questions through the Internet prior to the field survey.

The 52 survey questions include name, education level, marital status, economic activity, rental fee, and the age of any children, and all the responses will be kept strictly confidential according to related laws. The contents of the survey will only be used for statistical purposes, and any other usage will be prohibited.

For the census, a total of 50,000 employees will be mobilized, including 44,000 survey agents and 6,000 public officers. By introducing the registration-based census, Statistics Korea can reduce its manpower by 69,000 and trim 145.5 billion won from its budget.

Yoo Gyeong-joon, the commissioner of Statistics Korea, said, “The census is essential to follow the changes in our society, such as low birth rate and aging, and to establish customized policies for the happiness of all Koreans. I hope the selected households answer the questions to the best of their knowledge for the successful completion of the census.”