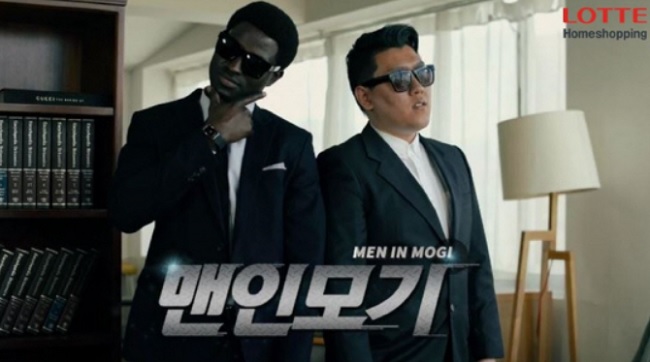 The massive conglomerates behind many of these channels are increasingly tapping comedians and internet stars to be the face of their sales broadcasts through digital platforms. (image: Kobiz Media / Korea Bizwire)

SEOUL, June. 21 (Korea Bizwire) — With the advent of technology, South Korean shopping channels as we know them are in for a dramatic makeover.

The massive conglomerates behind many of these channels are increasingly tapping comedians and internet stars to be the face of their sales broadcasts through digital platforms.

One industry powerhouse leading the charge is Lotte Homeshopping, with a number of projects already launched or currently in the works. Earlier this month, 71-year-old YouTube sensation “Grandmother Park Mak Rye” began starring in her own shopping channel broadcast, aptly titled “The Mak Rye Show”.

Throughout the program, Grandmother Park samples a variety of products that are tabled for sale through Lotte Homeshopping’s TV channel, giving brutally honest reviews that have endeared her to a surprisingly large fan base, including many from the coveted 20 to 30 years-old age demographic. Hosted on both Facebook and Kakao Story, The Mak Rye Show already has reached over 1.3 million views.

The next project soon to be launched by Lotte is a collaborative effort with former KBS comedian Bok Hyun Gyu. “New Stuff with Mr. Bok” will launch on June 22 at six in the evening, where Bok will sample and review grilled eel and women’s hair brushes. Befitting a comedian, New Stuff with Mr. Bok will be filled with jokes and pranks to hook viewers and retain their attention.

Like The Mak Rye Show, Bok’s broadcast will also be hosted on more than one platform. New Stuff with Mr. Bok will be found on Bok’s Instagram page and Lotte Homeshopping’s official Facebook page after it launches.

It’s not only the broadcasts that are being rethought, however. Lotte Homeshopping’s app has added a new feature focused on 30-second videos that recommend products and how to use them properly. Titled “Showroom”, it employs amusing video clips to give users a closer look at goods they are interested in purchasing.

Despite its innovative approach, Lotte Homeshopping isn’t resting on its laurels. Yoo Hye Seung, head of the company’s broadcasting content team, said, “To get the attention of a new generation of prospective customers, we are diversifying our traditional sales methods by emphasizing original and diverse content creation. Our customers can expect to see more interesting content in the future.”