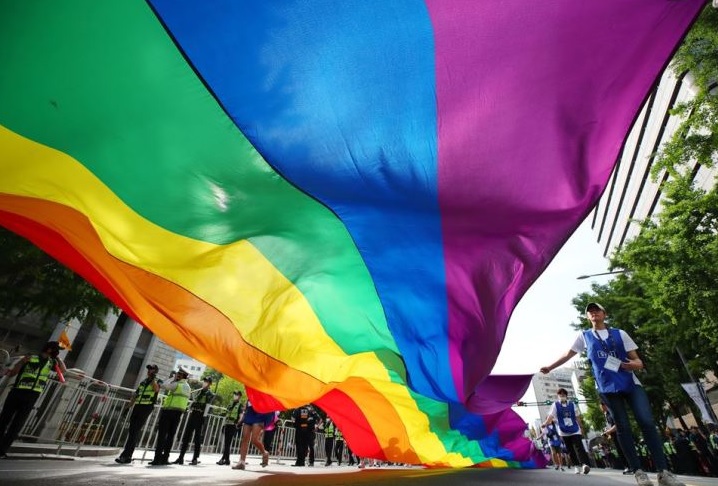 SEOUL, May 18 (Korea Bizwire) — Koreans’ prejudice against sexual minorities is more serious and explicit than other minority groups such as migrant workers and North Korean defectors, a recent study showed.

A survey of 1,000 adult men and women nationwide conducted by the Korea Institute for Health and Social Affairs (KIHASA) from Oct. 21 to 27 last year measured attitudes toward the three minority groups by dividing items into “explicit prejudice,” which means negative and exclusive perception, and “silent prejudice” that even encompasses prejudice based on compassion or superiority.

According to the survey results report released Sunday, South Koreans’ “explicit prejudice” against sexual minorities scored 3.23 out of 5 points, higher than explicit prejudice against migrant workers or defectors at 2.99.

In the case of sexual minorities, however, the explicit prejudice was 0.09 points higher than the silent prejudice.

This means that, unlike in the case of migrant workers and defectors, people have relatively fewer qualms about openly revealing negative and exclusive perceptions of sexual minorities.

“If society ostensibly increases its engagement with minority groups, explicit prejudice against those groups will be lowered,” said KIHASA associate researcher Chu Yoo-sun.

“While the social atmosphere has been formed for migrant workers and defectors to accept them, the unconditional prejudice against sexual minorities and the perception of exclusion are still high,” Chu added.

However, respondents who have met sexual minorities as family members, friends, and neighborhood neighbors showed a significantly lower level of explicit prejudice than those who had no contact.

Explicit prejudice also had a slight decrease in the number of sexual minorities, even if they were exposed through mass media, social media, online games, and webtoons without meeting each other in person.

In the case of silent prejudice, however, higher scores were found in respondents who had experience with indirect contact through the medium.

This is because the way in which the media deals with sexual minorities is often negative, the report estimated.

“The findings suggest that attention needs to be paid to the images of minorities drawn in the media and the way they are reported.”