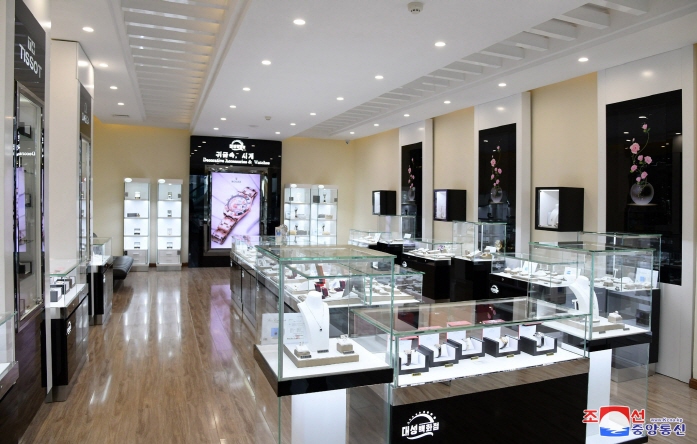 Daesung Department Store is reflecting global trends to sell both high and low-end brands from overseas as well as popular domestic brands within the confines of a single store. (Yonhap)

SEOUL, May 20 (Korea Bizwire) – North Korea, a country insistent on a ‘self-reliant economy,’ is drawing attention as it is welcoming foreign technologies, products, as well as management strategies and culture.

The Choson Sinbo, the pro-Pyongyang media outlet headquartered in Tokyo, introduced the new Daesung Department Store that opened in Pyongyang last April, describing it as a “modern mall” created in close cooperation with foreign states.

It reported that architects at the Paektusan Academy of Architecture, known as North Korea’s top architectural research facility, strived to bring in world-class design from advanced nations, ranging from overall interior design to methods of showcasing products.

It is the department store’s strategy to sell both expensive world-class brands and North Korean-made quality products that are more affordable.

“They sell both affordable and expensive goods together.”

Daesung Department Store is reflecting global trends to sell both high and low-end brands from overseas as well as popular domestic brands within the confines of a single store.

Flat-screen televisions made by Sony and Philips, water purifiers from Maybaum, washing machines by Siemens, rice cookers by Tiger, and electronic goods by Panasonic were among the goods offered at the store.

North Korea also invited foreign experts to study the methods of showcasing products at the store, bringing in various tools to increase sales.

Daesung Department Store was first built in 1986 on Pyongyang’s Munsu Street, and was renovated recently for expansion.