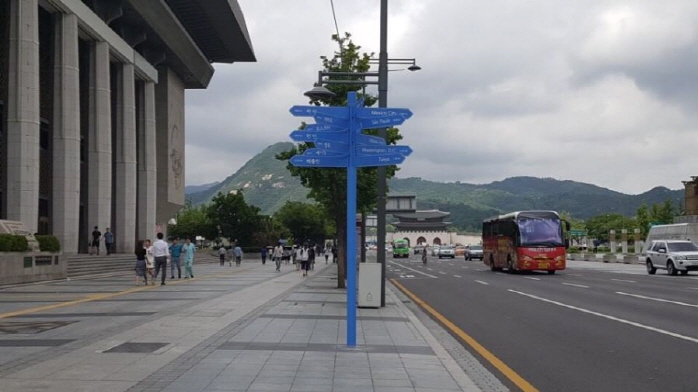 SEOUL, Aug. 24 (Korea Bizwire) — As part of Seoul’s policy to transform the nation’s capital into a pedestrian-friendly city, new signposts indicating the direction and distance of the world’s 15 major cities will be installed in 20 areas throughout Seoul.

The signposts will be installed in 10 tourist districts such as Myeongdong and Itaewon, five major parks within the city, and five places within the Hangang Park network.

The remaining seven signposts will be installed throughout the city by the end of this month.

The signposts feature the names of 15 of the world’s major cities in English and Korean, as well as the distance to these cities from Seoul.

The indicated cities include those that have goodwill ties with Seoul, such as Tokyo, Beijing, Sydney, Washington D.C., Sao Paulo, and Cairo. Of the signposts, the most noticeable one denotes the distance to Pyongyang.

As inter-Korean ties continue to thaw, the signpost pointing in Pyongyang’s direction reflects the change in the recent political landscape between the two Koreas. 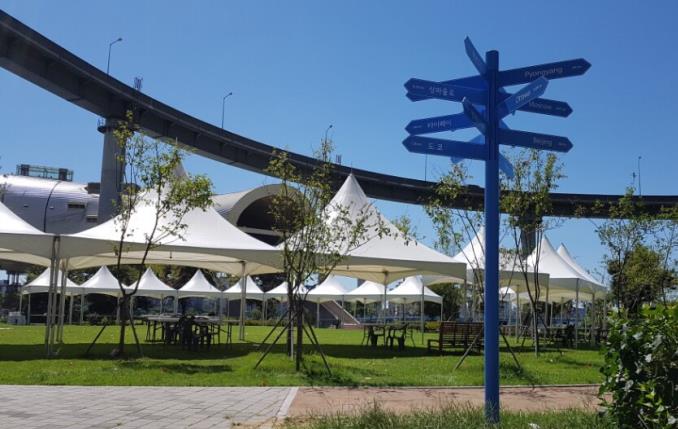 Go Heung-seok, the Seoul official overlooking the city’s transportation operations, said that the signposts are a new landmark for pedestrians in Seoul.

“We hope that the signposts can deepen the city’s place in the world for international visitors to the city,” said Go.