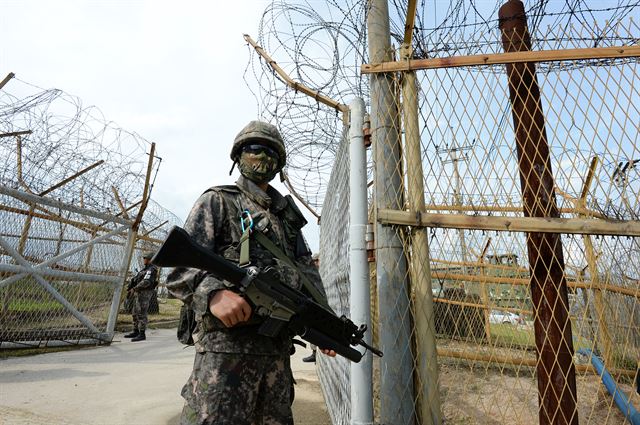 SEOUL, May 17 (Korea Bizwire) — Although North Korean military forces have typically planted mines within the DMZ come May, the yearly practice has not been spotted this year, according to the South Korean military.

The military is paying close attention to whether the North’s actions are due to the inter-Korea agreement to cease “all hostile acts” in the demilitarized zone in accordance to the Panmunjom Declaration.

A source within the government said yesterday, “The North Korean military always works on the minefields, whether to strengthen existing ones or to plant new ones.”

However, according to the source, this has not been the case this year. Another source said, “The North Korean military would start working on the mines during the spring season, where grass and plants could hide the movements of soldiers.”

Earlier in the year, North Korea significantly reduced the size of its military parade held each year showcasing tanks and artillery of the North Korean military.

In August of 2015, two South Korean non-commissioned officers were severely injured when they stepped on mines that the North had planted near the South Korean border.

But one military insider says it’s too early to be sure whether this a definite sign of peace, noting that North Korea had worked on the mines in late-May in the past, and suggesting that further observation was necessary.