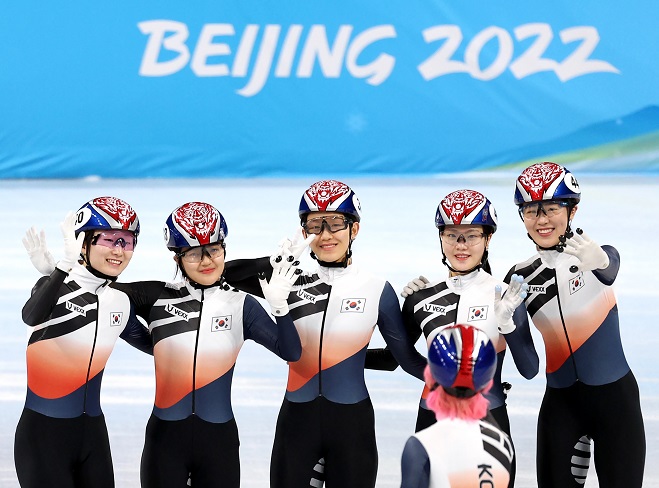 BEIJING, Feb. 2 (Korea Bizwire) — The leadup to the Beijing Winter Olympics for the South Korean women’s short track speed skating team has been quite tumultuous, with a career-damaging scandal ruling out a former champion and a devastating injury sidelining a potential medal contender.

Combine that with fairly low expectations for the squad, and the mood around the team during training sessions in the Chinese capital this week has been rather somber.

Leave it to Kwak Yoon-gy, the pink-haired elder statesman on the men’s team, to brighten things up.

Kwak volunteered as resident photographer and videographer for his teammates after Wednesday’s on-ice workout at Capital Indoor Stadium.

The 32-year-old, competing in his third and final Olympics, said he didn’t want his younger teammates to miss out on some of the things that he did earlier in his career.

“I should have taken more pictures at my earlier Olympics as keepsakes,” said Kwak, who made his Olympic debut in 2010 in Vancouver. “I wanted my teammates to leave with some good memories of this place. That’s why I offered to take pictures and videos.”

Those impromptu photo-ops put smiles on the faces of the skaters, freed from the pressure of the Olympics at least for a moment or two. 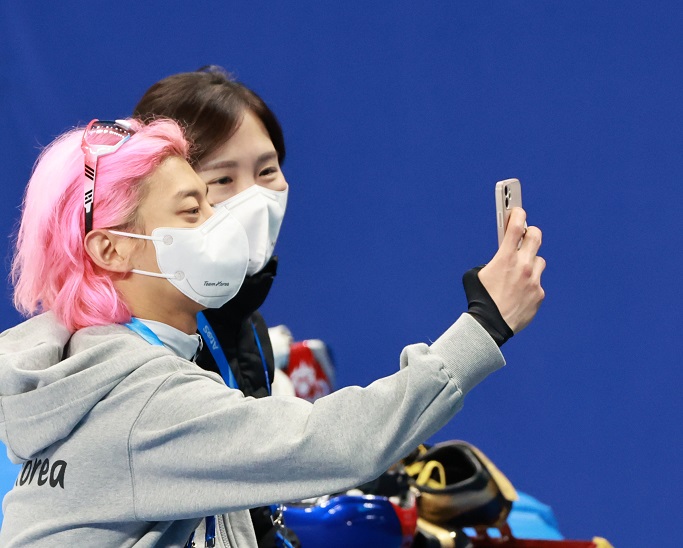 Kwak is still in his early 30s but among the national short trackers, he is ancient. Kwak is 13 years senior to the youngest member in Beijing, Seo Whi-min.

No one else was even born in the 1980s. That gives Kwak the right to complain about “kids these days,” but he only marveled at his younger teammates’ ability to stay focused and composed.

“I think I am the only one on the entire team to feel the nerves. These young athletes don’t get rattled,” Kwak said.

“As far as training goes, they’ve all been doing so well that they don’t really need my advice. I am just trying to take care of them away from the rink.

“In Vancouver, we all spent time alone inside our rooms (at the athletes’ village) and we were on our own, trying to figure out how to approach different races,” Kwak continued.

“Now, guys get together to watch TV shows and just talk. Times have changed. They’re handling (the Olympic experience) so much better than I did.”