“[South Korean activists] had better not provoke North Korea for now.  Their push to release anti-North Korea balloons might backfire and do harmful effects on us.”

“If their acts bring on the ire of North Korean regime and result in damage on us, we are no good for each other anyway. We should contemplate other measures to build mutual trust between South and North Korea in a way not to provoke them as much as possible.”

“I personally agree to the idea that the activists’ release of anti-Pyongyang propaganda might throw a cold blanket over the ongoing inter-Korean relationship.” 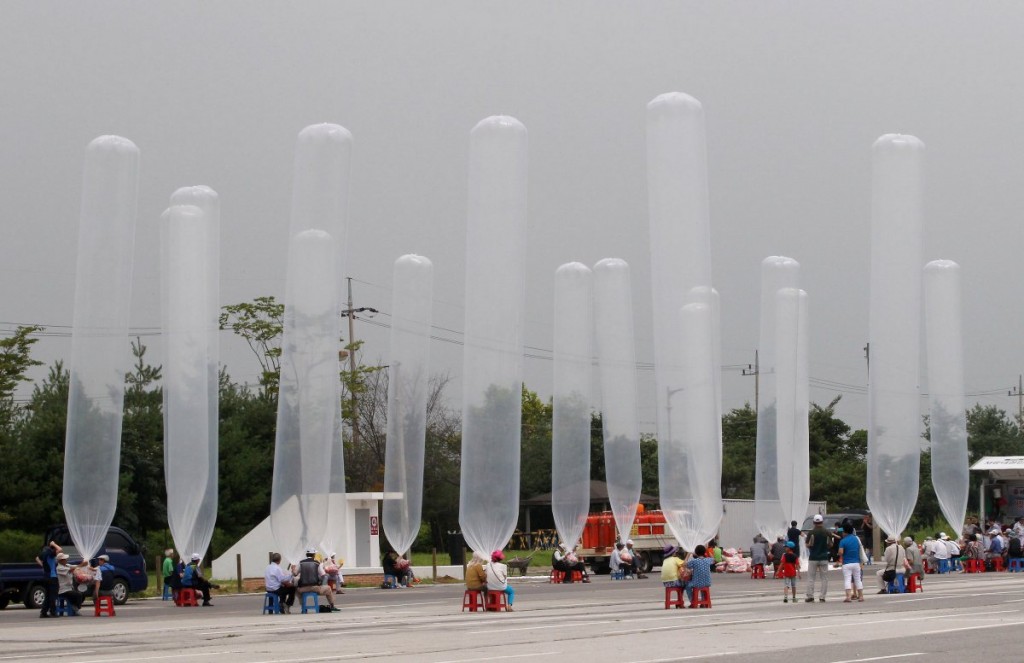 To this, Kim Moo-sung, recently elected chairman of the ruling Saenuri Party, known for their sometimes hard-line conservatism, voiced his concerns that the diehard anti-Pyongyang activists’ move might not be helpful in terms of improving inter-Korean relationship, in talking with the national journalists in a meeting after a sports day event held in the National Assembly.

This is not the first time that South Korean activists launched big balloons with anti-Pyongyang leaflets — and some money and books — with an aim to criticize the North Korean leadership in harsh words.

And here’s the Reuters video posted on YouTube —  of South Korean activists launching the giant balloons at the event.

According to local reports, 200,000 anti-Pyongyang leaflets and hundreds of DVDs and books were inserted into the giant balloons through which the activists try to inform the other Koreans how different the two Koreas really are. The balloons launching event was held at around 11 a.m. on October 10 at Tongil Park Parking Lot near Mount Odu Observatory, located in Paju city.

The activists are mostly comprised of North Korean defectors and escapees who largely harbor antipathy against the North Korean regime. The South Korean government, who reportedly asked the anti-Pyongyang coalition to refrain from the act, has no legal justification to block their campaign because, according to South Korean law, it is not illegal for those activists to send such goods hung onto the balloons.

And the North Korean leadership is very sensitive to this balloons propaganda campaign. The North’s state-run Uriminzokkiri news website said the South’s “irresponsible and provocative” move has driven inter-Korean ties “into a catastrophe.” 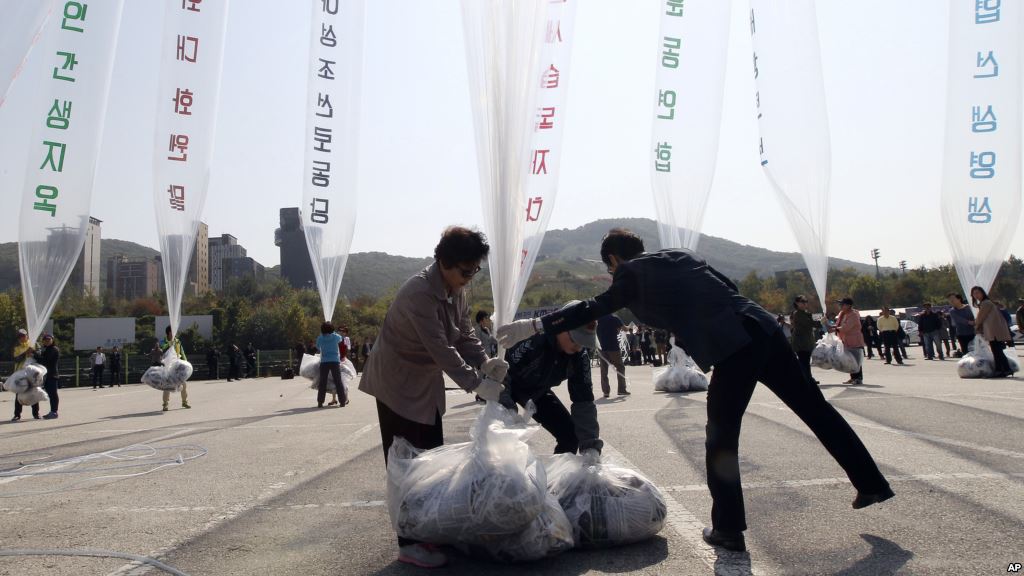