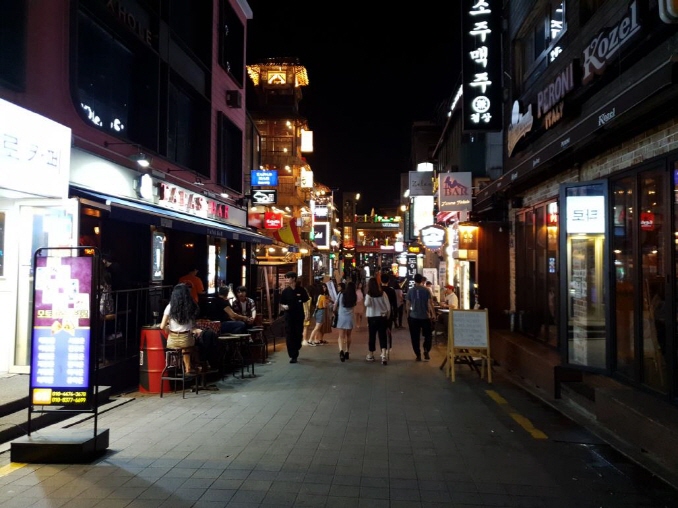 A street in Itaewon, central Seoul, on a quiet night. (Yonhap)

SEOUL, Jun. 24 (Korea Bizwire) — The pullout of the headquarters of the United States Forces Korea (USFK) from the Yongsan base in the heart of Seoul in June 2018 has created a bittersweet aftermath in the central Seoul district over the past year.

On the bright side, the Yongsan area around the former USFK compound has seen a steep fall in the number of assaults and other crimes committed by American service personnel and civilian workers and their families.

On the flip side, merchants in Itaewon and other commercial areas close to former USFK facilities have suffered a steep drop in customers and sales.

The relocation of USFK and United Nations Command (UNC) headquarters, which occupied the Yongsan district for the 73 years after September 1945, to Pyeongtaek, 70 kilometers south of the capital, on June 29, 2018, has also raised hope for the creation of Korea’s answer to New York’s Central Park on a lot covering about 2.5 million square meters in Yongsan.

But the Yongsan park project has made slow progress due mainly to the problem of environmental pollution of the former USFK facilities, while the South Korea-U.S. Combined Forces Command (CFC) remains in the Yongsan compound.

Police and residents have said the reduced number of American soldiers and crimes involving them in the Yongsan area were the most noticeable change in the past year.

According to data from the Supreme Prosecutors’ Office, the number of criminal offenses committed by USFK members filed in Seoul in relation to the Status of Forces Agreement fell 18.5 percent from 119 cases in 2017 to 97 in 2018.

In the first five months of this year, there were a mere 25 cases.

“American soldiers used to frequently cause trouble during their visits to Itaewon, which has a lot of bars. After the relocation of USFK facilities, U.S. military-related incidents and accidents have significantly decreased,” said a police officer.

Another officer from the Yongsan Police Station said, “Until two years ago, police officers frequently traveled to airports to take custody of USFK soldiers caught attempting to leave the country with gun magazines and other illegal possessions. But there have been very few such reports after the relocation of the U.S. base.”

A South Korean woman said she has the impression that the number of both USFK and foreign visitors to Itaewon has decreased over the past year.

“I have been told by my boyfriend, who belongs to the USFK, that American servicemembers have substantially reduced their trips to Itaewon after their relocation to Pyeongtaek,” she said. 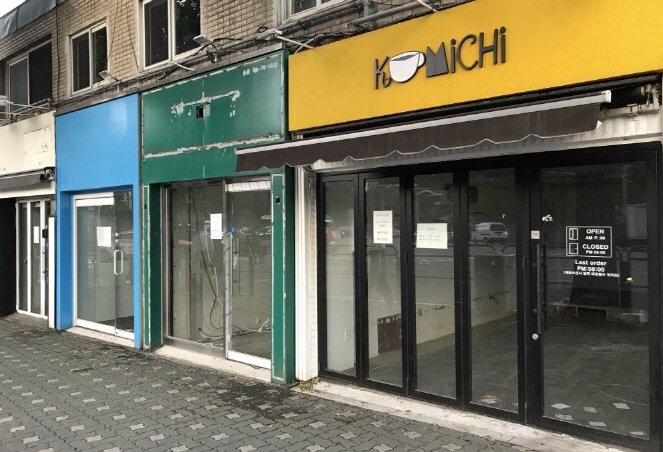 The quieter streets, however, are bad news for merchants in the Yongsan district.

Kim Jae-han, who has run a beer hall near Itaewon for five years, complained that his sales more than halved after American soldiers left the Yongsan base.

“In the past, about 70 percent of my customers were American soldiers and others who lived on the Yongsan base. As they all left, my business has suffered a slump. My monthly sales hovered around 25 million won during boom days of the past, but now sales have fallen below 10 million won,” said Kim.

Kim said his landlord recently lowered the monthly rent from 1.7 million won to 1.2 million won but he is now considering quitting the business.

On a nearby street called Gyeongnidan-gil, not a single customer was spotted inside an American barbecue restaurant at noon on a recent Friday.

“This place used to be frequented by American soldiers in the past. These days, they can hardly be seen in the area,” said the restaurant owner.

Merchants and residents share the view that the Yongsan area’s business slump won’t be overcome without a swift redevelopment of the former USFK compound into a citizens’ park.

The government unveiled an ambitious blueprint of a massive citizens’ park on the lot of the Yongsan base 14 years ago. It recently said construction will begin in 2022 for completion in 2027.

But the potentially extensive soil contamination of the former Yongsan base is expected to pose an obstacle.

Previous surveys by the Seoul Metropolitan Government and the Ministry of Environment have already found the former Yongsan base has groundwater contaminated with harmful petroleum chemicals above the permissible limit.

The environment ministry plans to conduct further detailed soil surveys, while the South Korean and U.S. governments have yet to reach an agreement on how to divide the cost of cleaning up the contamination.