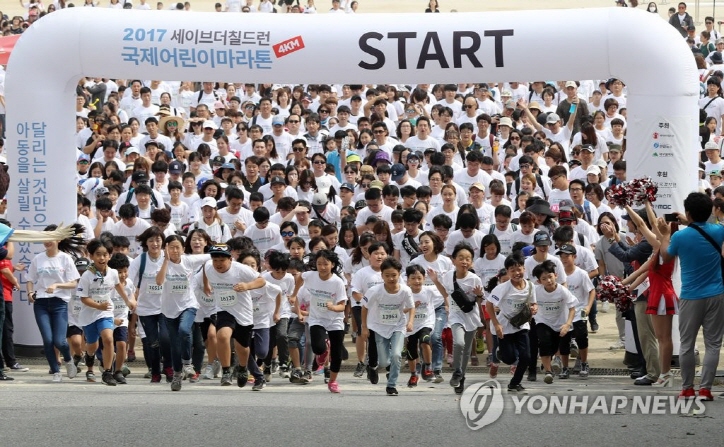 SEOUL, May 3 (Korea Bizwire) — A running race aiming to improve the human rights conditions of children in impoverished countries will be held at Sejong Lake Park at 10 a.m. on Saturday.

Over 2,000 participants composed of children and their family members will run the 4-km course during the event co-hosted by the international relief agency “Save the Children,” Yonhap News Agency and the city of Sejong.

Prior to the run, participants will be able to enjoy a flash mob performance by college student supporters of “Save the Children” from Daejeon.

The run itself is divided into two courses, and participants can decide to run on either the slower or faster course. After the race, children will be able to take part in various activities and games that aim to educate them about the various issues related to children and poverty. 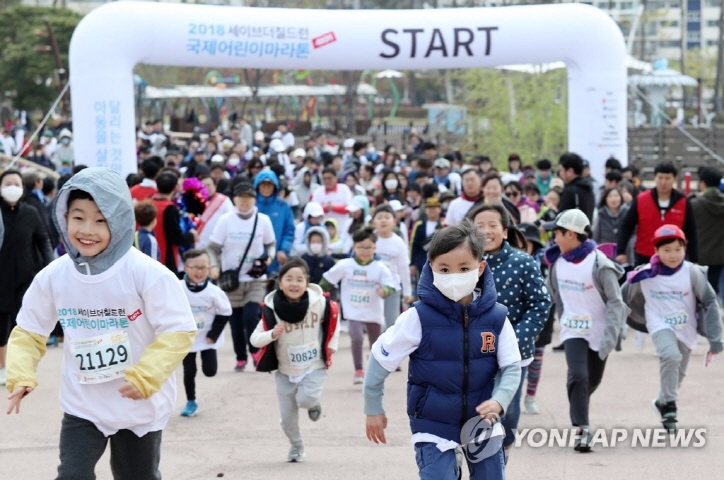 The participation fee for the race is 10,000 won per person, and all of the proceeds will be used to help children under five in Bangladesh and Mali, Africa.

Since 2011, “Save the Children” has been holding yearly running races in Seoul with the single cause of “helping the world’s children through running.” Starting last year, races were held in four other cities: Jeonju (September 15), Daegu (October 6), Seoul (October 10), and Busan (held on April 7).