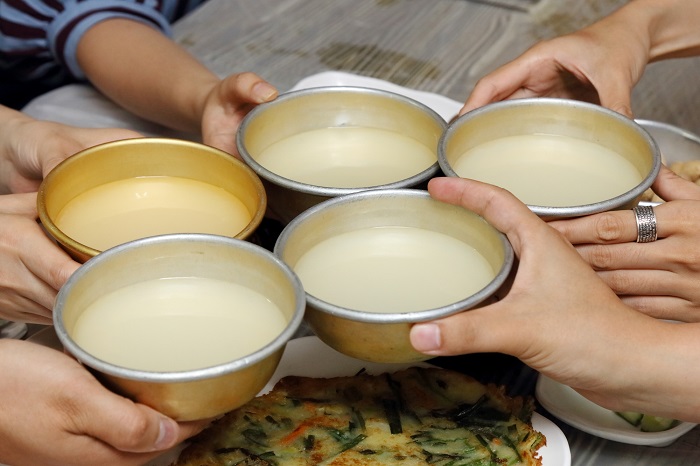 The Cultural Heritage Administration announced Tuesday that it will soon designate the culture of makgeolli production as a national intangible cultural asset.

The administration will not, however, recognize skilled individuals or organizations of makgeolli-making as heritage, unlike those specializing in making kimchi or fermented bean paste.

Rather, it seeks to include makgeolli production as a general culture found across the entire Korean peninsula.

Makgeolli is typically made with fermented rice, cleaned with water and hard-boiled, and then mixed with water and nuruk, Korean rice-wine starter, which is then kept for several days for fermentation.

As long as there is water, rice, and nuruk, anyone can make makgeolli without much difficulty. 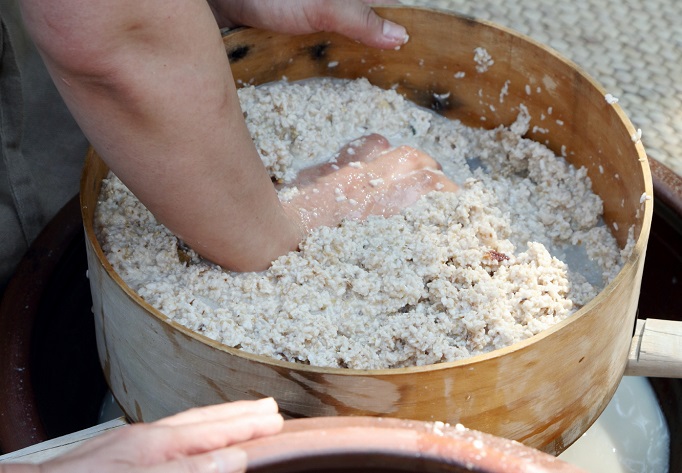 This photo, provided by the National Folk Museum of Korea, shows the process of making “makgeolli,” a South Korean traditional grain-based alcoholic drink.

Throughout Korean history, makgeolli has been the people’s drink, thanks to its simple and cheap production method, always making an appearance in people’s lives, rituals and other various occasions.

Even to this day, makgeolli is served before initiating construction projects or opening of businesses as a ‘tribute to the gods’.

During the Joseon Dynasty (1392-1910), each household brewed different kinds of makgeolli, and it was one of many fermented Korean foods, along with kimchi and bean paste, popular among the Korean people.