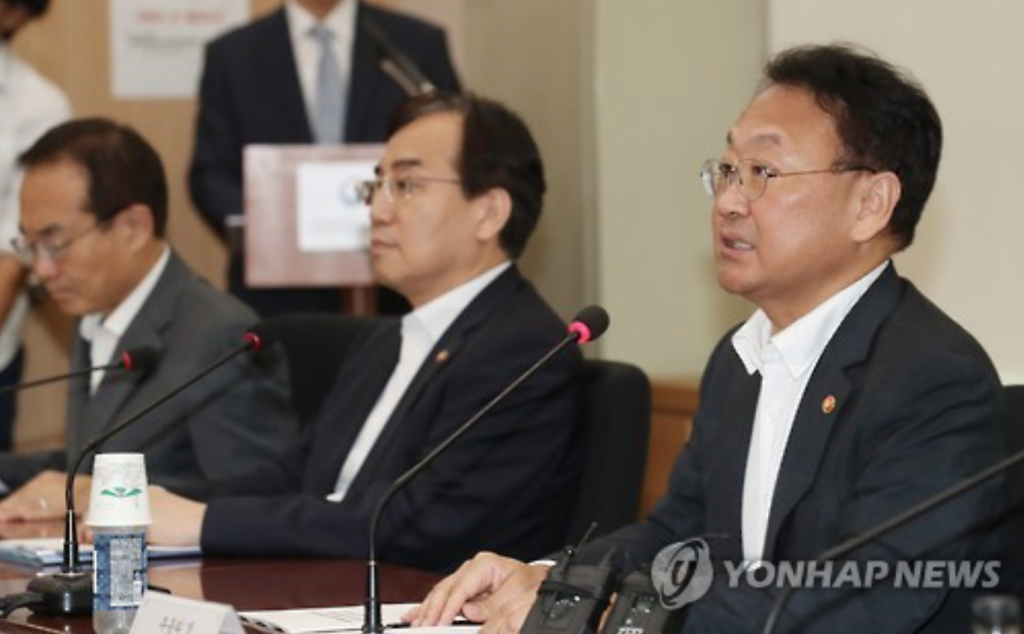 In a government meeting on fiscal strategy chaired by Finance Minister Yoo Il-ho in Seoul, the government unveiled its decision to refrain from giving out unplanned money to local governments hosting international sports tournaments or exhibitions, according to the Ministry of Strategy and Finance.

“Big international events have placed a large financial burden on state coffers as provincial governments demand more money than they had first asked to receive,” Yoo said. “The central government has come up with a new policy to control such expensive events from the outset.”

Under the plan, local governments must conclude an agreement with the central government before hosting a massive event worth 50 billion won (US$45.8 billion) or more to promise that they will organize the project within the initial spending scheme.

Otherwise, they will receive penalties such as a budget cut from the central government, added the finance ministry.

The country has struggled to cover the expenses of lavish international events over the past few years, including the 2014 Incheon Asian Games, the 2015 Gwangju Summer Universiade and the Expo 2012 in Yeosu, which cost a combined 2.3 trillion won.

The municipal government of Incheon had demanded 256.5 billion won at first, but actually received 593.4 billion won from the state coffers in the end.

Incheon poured 470 billion won into building the main stadium, but it costs 3 billion won every year for maintenance, becoming a white elephant for the city.