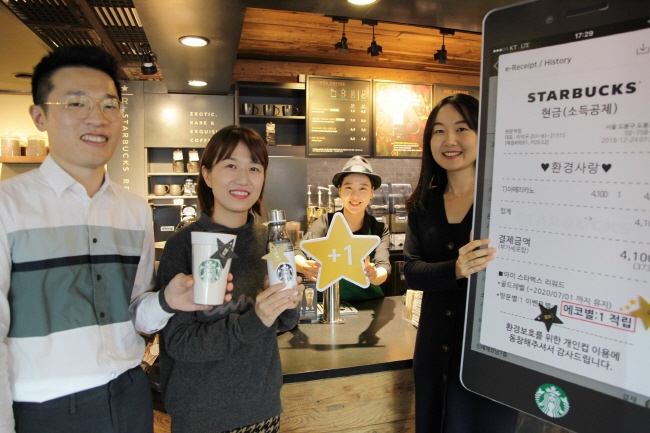 SEOUL, Dec. 28 (Korea Bizwire) — Starbucks Coffee Korea Co. announced on Thursday that its Eco Bonus Star Program led to a 24 percent increase in the number of customers bringing their own cups to stores over the last month.

Through the Eco Bonus Star Program, customers can save up an additional number of ‘stars’ by bringing their own cups to Starbucks. The stars can be used for discounts and other benefits.

Customers can choose to receive an immediate discount of 300 won (US$0.27) if they don’t want to collect stars. 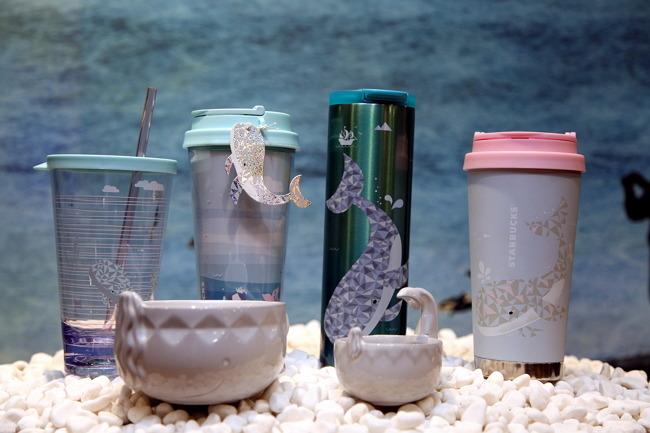 Two-thirds of customers chose to save up stars, rather than receive the 300 won discount.

“More than 1.81 million additional stars were given to customers just 50 days after the Eco Bonus Star program was implemented,” said Starbucks.

“Gold members for My Starbucks can get a free drink for 12 stars, which also likely encouraged more customers to bring their own cups.”

More than 8 million customers have brought their own cups this year, twice as many as last year.