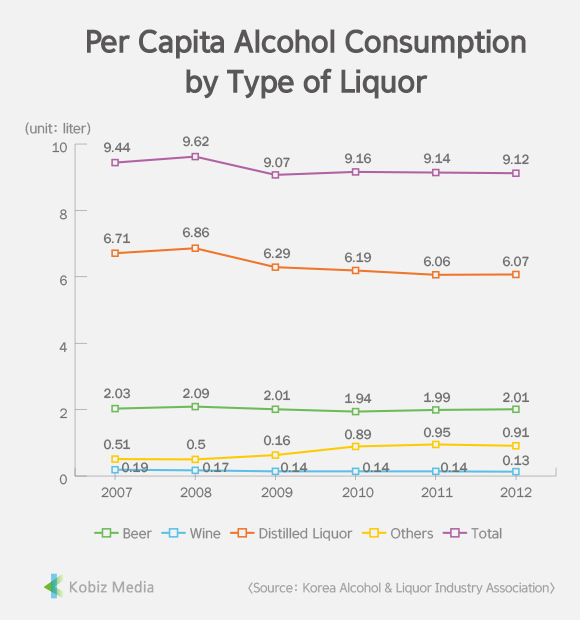 Korea’s per-capita alcoholic beverage consumption was 100 bottles of beer and 60 bottles of Korean vodka (soju) in 2012.

According to the Korea Alcohol & Liquor Industry Association on June 19, the total domestic consumption of alcohol in 2012 was 3.12 million kiloliters (1 kiloliter equals 1,000 liters). The figure included unofficial consumption from alcoholic beverages brought in individually from overseas, as well as official shipments.