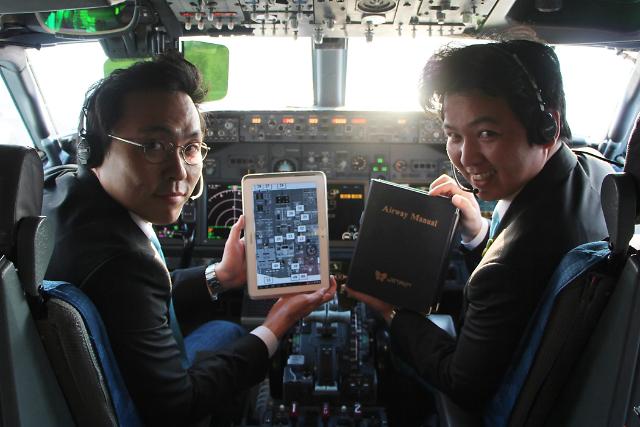 Jin Air, a low-cost airline, is enhancing its image as a high-tech and eco-friendly operator by becoming the first Korean airline with paperless cockpits. (image: Jin Air)

SEOUL, Dec. 18 (Korea Bizwire) – Amidst Korean Air’s nut controversy, and with the possibility of boycotts from consumer groups looming, low-cost airlines are poised to reap the spoils. While the budget flight operators are already making inroads by increasing their market share of domestic flights in Korea, they are gaining attention with fresh brand marketing events.

Jin Air, a low-cost airline, is enhancing its image as a high-tech and eco-friendly operator by becoming the first Korean airline with paperless cockpits. On December 17, the airline announced that it would use tablet PCs in the cockpits of its main fleet of B737-800 aircraft, discarding the paper-based materials previously used in flight.

According to Jin Air, it obtained approval from the Ministry of Land, Infrastructure and Transport for the usage of electronic flight bags (EFB) in its cockpits on December 11, and is now preparing for the transition from the various paper manuals to tablet PCs. The company distributed around 200 Samsung Galaxy Note 10.1 tablet PCs to its flight crew, and will begin test operations for six months at the end of December. 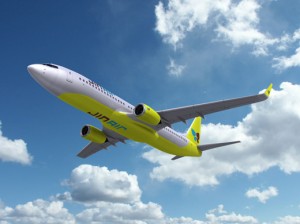 An official at Jin Air said, “With easy to use features, the EFB not only offer convenience but also provide easy and prompt access to related manuals, while also being smaller and lighter than paper manuals. They are also easier to read during night flights, and provide simple and accurate answers to flight-related calculations. Thus, the usage of tablet PCs in cockpits is becoming a trend among airlines around the world.”

For example, Air Asia, Lufthansa, JetBlue, American Air and Lion Air are authorized by the US Federal Aviation Administration or the European Aviation Safety Agency (EASA) to use tablet PCs such as Apple’ iPad and Microsoft’s Surface Pro, and are replacing paper manuals with EFBs.

During the six months of testing, Jin Air will use both tablet PCs and paper manuals for its flights. After the test, it will implement the usage of tablet PCs during flight by replacing all paper materials and manuals that are available in digital versions.

Meanwhile, for EFB usage in the cockpits, Jin Air has conducted various tests with the ministry since 2012 to demonstrate that the lack of paper manuals does not cause any issues during flight.