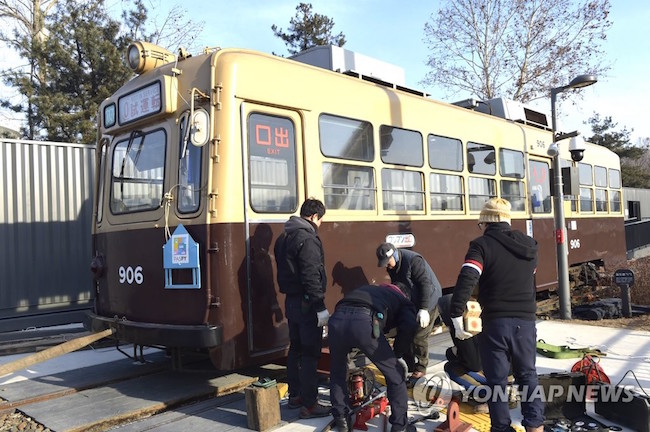 Talks of bringing trams, retired in November of 1968, have begun in earnest. (Image: Yonhap)

SEOUL, Feb. 26 (Korea Bizwire) – Talks of bringing back trams, retired in November of 1968, have begun in earnest.

With a revision to the Road Traffic Act recently passing in a parliamentary committee, the discussion of re-introducing trams to Seoul is gaining steam.

Seoul Metro announced on February 25 it will wrap up a study into the feasibility of operating trams on disused rail tracks along the Gyeongchun Line by April. This particular closed segment of track is 6.3km long and connects Kwangwoon University Station to currently-defunct Hwarangdae Station. 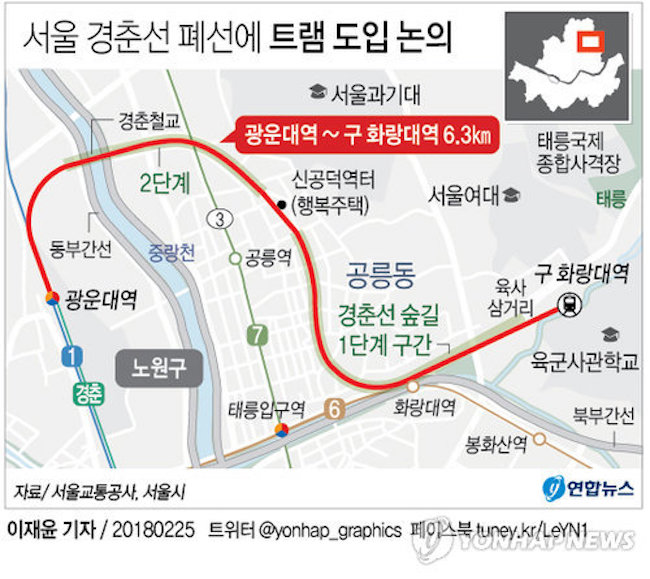 Trams were first used in South Korea in 1899, and were the primary source of public transportation in Seoul for approximately sixty years until the emergence of buses and privately owned vehicles. The current Seoul Subway Line 1 connecting Yeongdeungpo, Noryangjin, Seoul Station and Seoul City Hall covers similar territory to the previous Seoul tram lines.

Talks of bringing trams, retired in November of 1968, have begun in earnest. (Image: Daejeon)

The trams themselves have been updated from prior models relying on overhead lines to eco-friendly versions that run on batteries.

Seoul Metro asserts that the successful integration of trams into Seoul’s public transportation network could emulate European examples and become a cultural attraction. 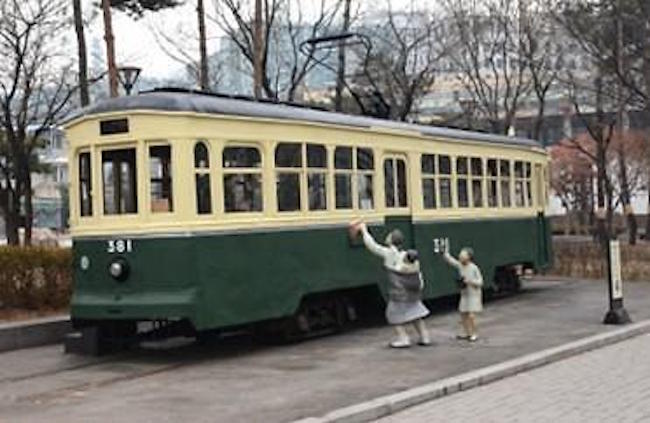 A tram stored at the Seoul Museum of History (Image: Seoul Metropolitan City)

One spokesperson said the Japanese city of Toyama began running trams on defunct rail lines in 2006 and has profited from increased visits by tourists seeking out the city just for the trams.

One thought on “After 50-year Absence, Trams Gearing Up for Seoul Return”