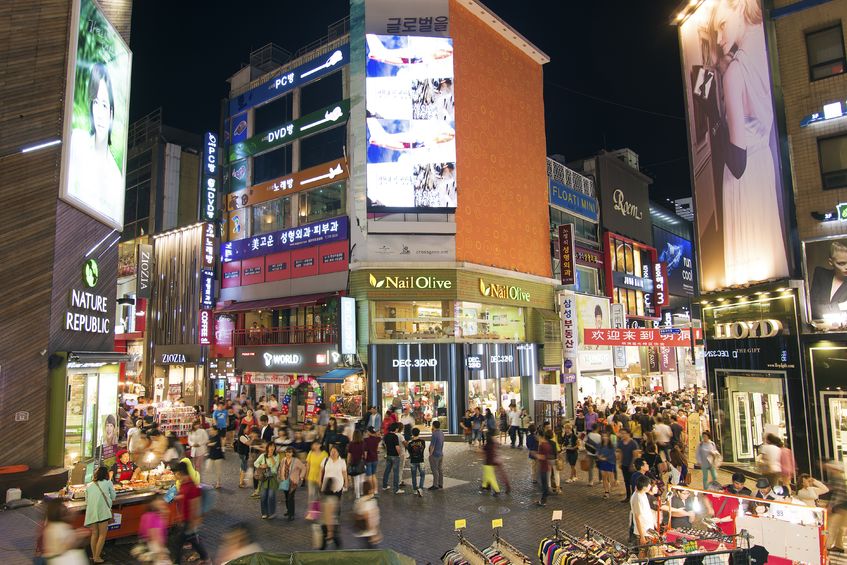 According to the data from the Ministry of Culture, Sports and Tourism and the Korea Tourism Organization, foreign tourists coming to South Korea spent an average of US$1,268 per person per trip in the first quarter of this year.

The figure is down 12.1 percent from $1,442 a year ago and marks the fourth quarterly decrease in a row.

However, diplomatic tension with China over Seoul’s deployment of a key U.S. defense system — Terminal High Altitude Area Defense — slashed the tourist spending figure to $1,625 in 2016 as Chinese tourists shied away from South Korea.

Since that year, the number has steadily been on a downturn, taking it back to its 2009 level this year.

The data also showed that Chinese tourists were the national group who spent the most in South Korea in the first quarter, with an average of $1,735 in expenditure, followed by Taiwanese with $1,131 and Americans with $1,103.

The average duration of stay by foreign tourists came to 6.9 days in the first quarter, down slightly from seven days a year earlier.

The level of satisfaction shown by foreign tourists who visited South Korea came to 93.9 percent, up slightly from 93.7 percent a year ago.