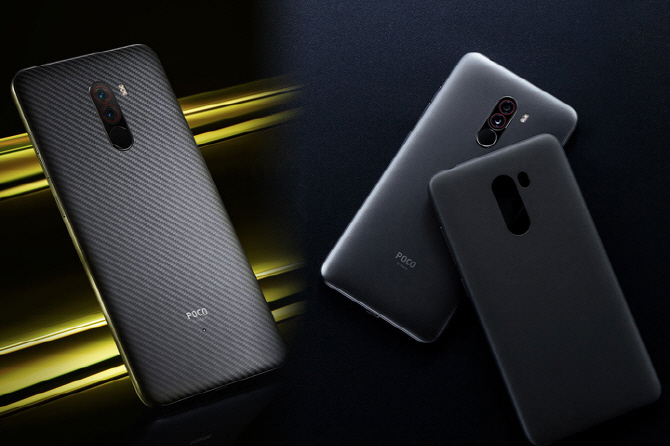 SEOUL, Nov. 19 (Korea Bizwire) — With foreign-made cell phones making their way into the domestic market, members of the public and critics alike are wondering if these phones will be able to find a place in a market dominated by Korean-made devices.

While the infiltration of Chinese-made phones is conspicuous, Xiaomi Corp.’s advancement into the Korean market is especially impressive.

Today, Xiaomi will be launching its flagship phone model, the Pocophone F1, in Korean via South Korea’s three major mobile carriers. Xiaomi phones are known for their value-for-money bargain pricing.

The Pocophone F1 offers 6 GB of RAM and 64 GB of storage. Its battery boasts the greatest capacity of all smartphones with 4,000 mAh.

Models with the same specifications as the Pocophone F1 are priced at nearly 600,000 won.

Other models that may give the Pocophone F1 a run for its money include the Red Mi Note 5, which is another Xiaomi model, and the Chinese phone brand ZTE Corp.’s Vita phone.

Despite the popularity of Chinese phones in other parts of the world – including Asia – foreign-made models struggled in the local market because of the subsidies offered by the three major mobile carriers for locally produced phones.

In addition, Korean consumers have always been highly interested in the more expensive premium models.

However, as phones have become even costlier in recent years, with high-end models selling for as much as 2 million won, various policies have been put in place to help ease the situation.

Despite such efforts, smartphone prices have continued to surge. The appearance of the lower-priced Chinese phones may be able to help lower household costs associated with communication expenses.

But not everyone is convinced that foreign-made phones can find success in an already saturated mobile phone market.

One element that will potentially impact consumer perception of Chinese-made phones is after-sales service, which is currently lacking from Chinese phone producers.

The recent security controversy stemming from Chinese producer Huawei Technologies Co. may have also contributed to negative perceptions of Chinese phones by the public.