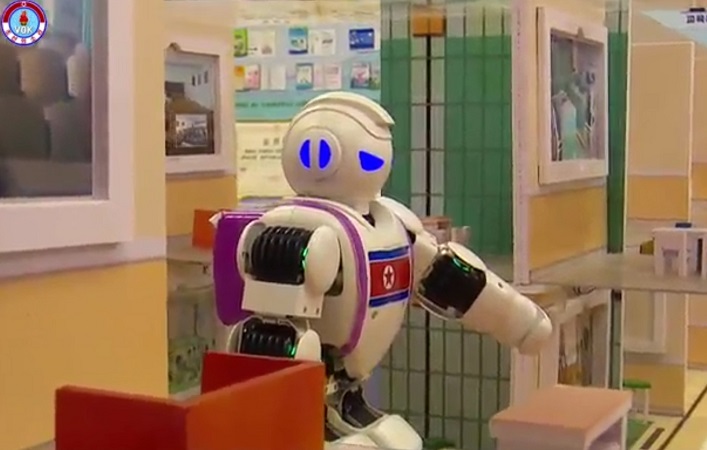 Voice of Korea, Pyongyang’s state-run radio station, posted a video on its official website on Thursday in which students were seen speaking to a robot while looking up at the robot’s ‘face’, or scanning cards with the robot.

The radio station explained that the robots use voice and facial recognition technology to communicate with children, while making scientific assessments of children’s intellectual capability.

Designed specifically for young children, the robots took on friendly shapes, such as pencils, houses, or cats, for children to enjoy.

“Educational robots can be used for teaching abacus and foreign languages at kindergartens, or for teaching comprehensive curricula or subject-based curricula, such as mathematics and physics, at elementary schools,” Kim added.