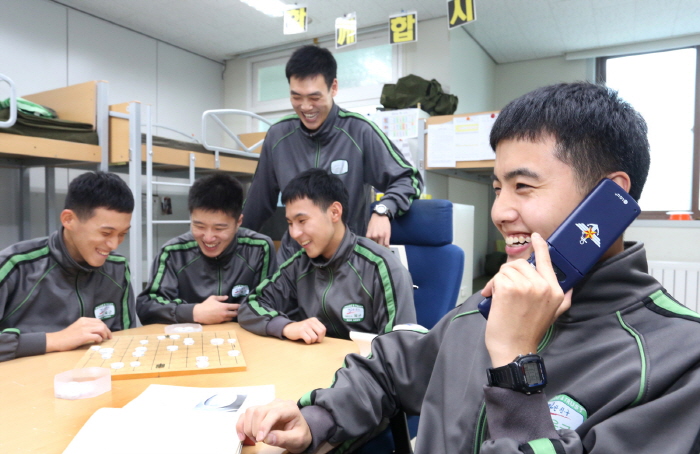 SEOUL, Jul. 19 (Korea Bizwire) — Nearly 90 percent of troops, including senior service members, favored the idea of military draftees being allowed to use mobile phones after work, a survey showed Thursday,

In a poll of 596 troops that the defense ministry conducted earlier this month, 89.6 percent of the respondents said that they were in favor of conscripts’ use of mobile phones at barracks, which has been banned for security reasons.

Among the respondents were 166 senior members who are able to carry mobile phones. In the survey, 72.9 percent supported the phone use.

The draftees surveyed said that mobile phones can help them keep in touch with their parents and friends, continue their academic studies and search for various types of information, including about employment.

“Being able to use cell phones after work helps ease our sense of isolation and helps reduce the charges that accrue for my use of public phones or video phones,” a soldier said, declining to be named.

Since April, the defense ministry has allowed draftees in four units to use mobile phones on a trial basis. The ministry is expected to make a final decision in December on whether to allow all conscripts to use phones.