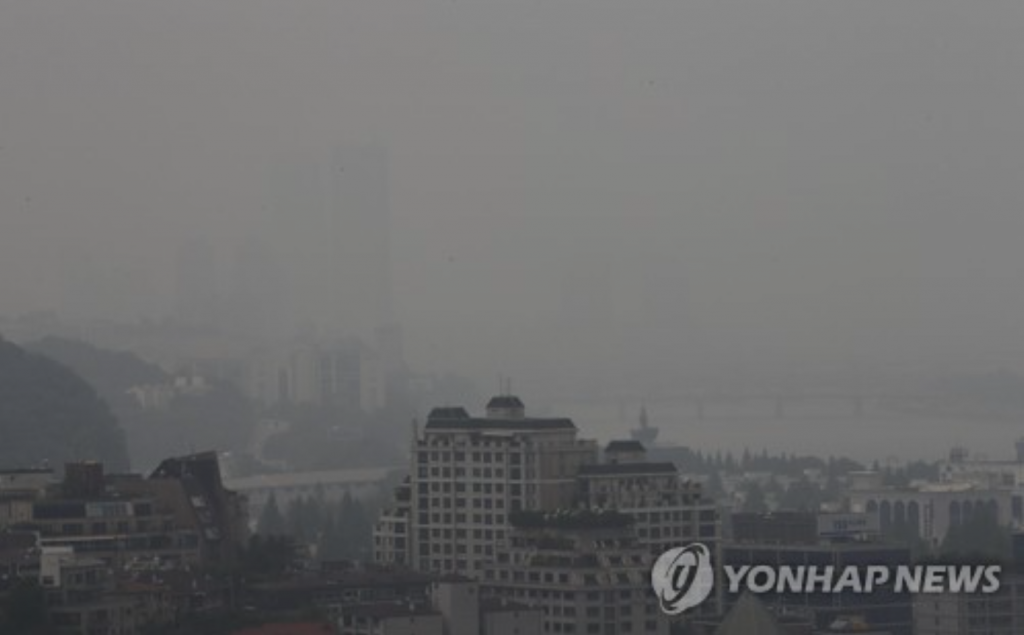 Fine dust refers to particles that are smaller than 10 micrometers and have been known to cause various respiratory problems while also affecting the body’s immune system. (image: Yonhap)

SEJONG, July 1 (Korea Bizwire) – The South Korean government said Friday it will inject 5 trillion won (US$4.35 billion) into encouraging the use of eco-friendly vehicles to bring down fine dust particle levels in the air that have emerged as a source of concern here.

The government will spend 3 trillion won on pushing environment-friendly cars such as electric vehicles (EVs), 760 billion won on establishing charging infrastructure, and another 180 billion won on restricting the use of old diesel cars, said Vice Environment Minister Lee Jung-sub during a joint press briefing.

In the specific implementation plan rolled out by the government, a 70-percent tax cut for citizens who scrap their old diesel cars and buy new ones has been included. This benefit will be for cars released before 2005, with the offer being good for six months, according to the government.

In July, four national institutes of research and development will launch a joint project to coordinate the best price for different energy resources.

The government said it will also strengthen cooperation with neighboring countries to tackle the issue.

The announcement came about a month after Prime Minister Hwang Kyo-ahn presided over a special meeting of senior policymakers to discuss measures to cope with fine dust.

Fine dust refers to particles that are smaller than 10 micrometers and have been known to cause various respiratory problems while also affecting the body’s immune system.

The government has been trying to deal with fine dust more effectively in recent years as people have become more conscious of the associated health risks.