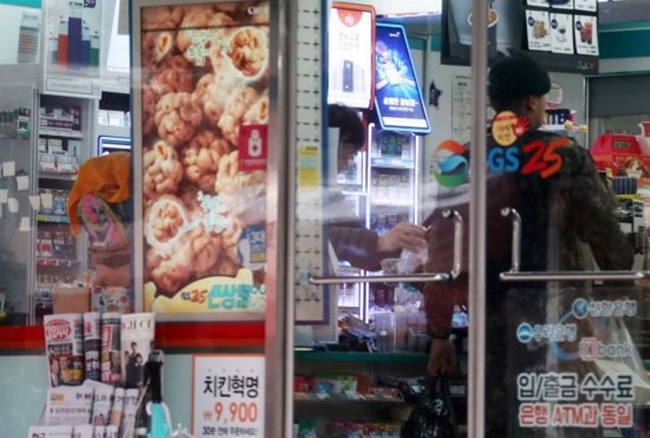 The highest minimum wage hike in 17 years takes effect this month with a jump to 7,530 won per hour. (Image: Yonhap)

SEOUL, Jan. 2 (Korea Bizwire) — South Korean small and medium-sized businesses are expected to take a hit this year from the double whammy of a minimum wage hike and reduced working hours.

The highest minimum wage hike in 17 years takes effect this month with a jump to 7,530 won per hour.

However, not everyone is happy, particularly small and medium-sized business owners who are expected to disburse an additional 15.2 trillion won in personnel expenses.

“In 2018, small and medium-sized businesses will face difficulties such as the increased minimum wage and talks of a reduction in working hours,” said Park Sung-tak, who heads the Korea Federation of SMEs.

The 16.4 percent minimum wage hike has also had a negative impact on economic forecasts among business owners.

According to a survey conducted by the Korea Federation of SMEs last month, the small business health index (SBHI) for January fell to 84.3, down 4.3 points from December, sending warning signs as figures below 100 indicate a negative economic outlook.

Among the 3,150 companies surveyed, the minimum wage hike was among the most significant risk factors.

In response to concerns, the government has introduced a 3 trillion won budget to ease the burden placed on the shoulders of small and medium business owners, under which companies with fewer than 30 staff members will be given up to 130,000 won per head every month in subsidies for financial stability.

However, small and medium business owners are demanding the government ramp up support to cover other expenses such as bonuses.

Another issue on the horizon is a working hours reduction, with the National Assembly discussing ways to cut the country’s legal working hours from 68 hours per week to 52. 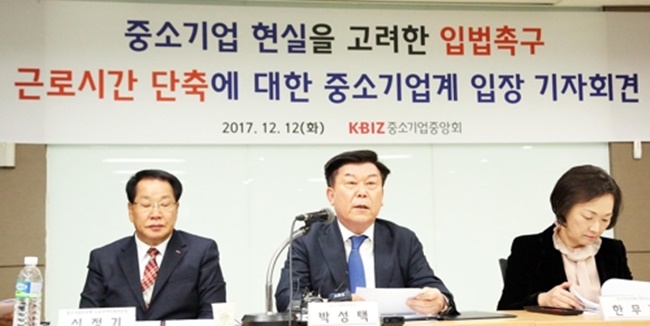 South Korean small and medium-sized businesses are expected to take a hit this year from the double whammy of a minimum wage hike and reduced working hours. (Image: KBIZ)

The plans to cut working hours have been met with criticism from the SME sector, where more than 50 percent of companies suffer from a labor shortage.

It has been estimated South Korean SMEs are short of around 160,000 workers, particularly in the ‘root industry’, which refers to manufacturing businesses such as casting and molding.

“Small businesses that are already suffering will be worse off due to the 16.4 percent minimum wage hike. If the National Assembly takes a unilateral approach to the issue, the consequence will be immense,” said Park during a press conference last month.