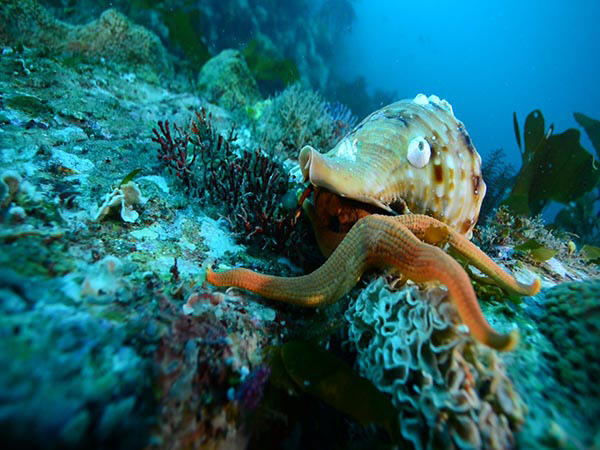 SEOUL, Aug. 17 (Korea Bizwire) — The Korea National Park Service announced that they have succeeded in recording a triton eating a starfish at Hongdo Island, located in Hallyeohaesang National Park. The triton is an endangered species, and it was the first time that it was caught on tape eating a starfish in the wild.

According to the Korea National Park Service, the ocean research center caught a 19-centimeter long and 8-centimeter wide triton eating a starfish on tape. The triton is the largest among all gastropods living in Korea. They are over 30 centimeters in length when fully grown. Usually, it is starfish that eat gastropods, but among gastropods, the triton is the only species that eat starfish. 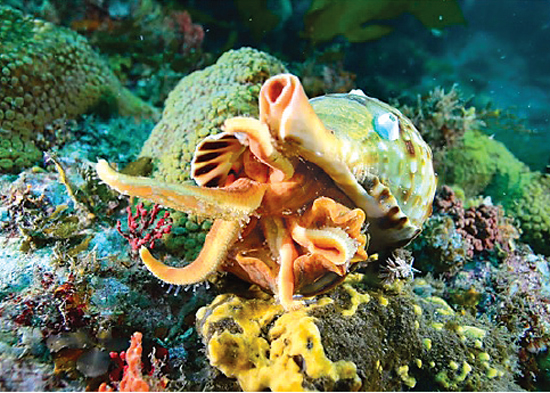