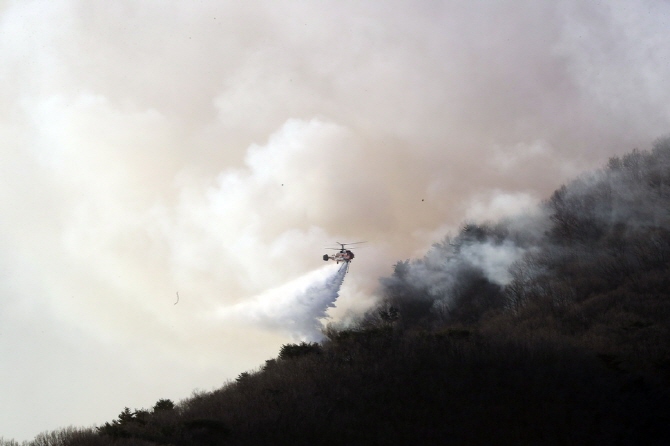 DAEJEON, Dec. 31 (Korea Bizwire) — On January 1, 2018, there was a massive wildfire on Mt. Samgak caused by sky lanterns, also known as wish lanterns.

Although the starting point of the wildfire was almost deserted, there was a sky lantern festival nearby. Witnesses confirmed that a few of the lanterns had drifted towards Mt. Samgak. 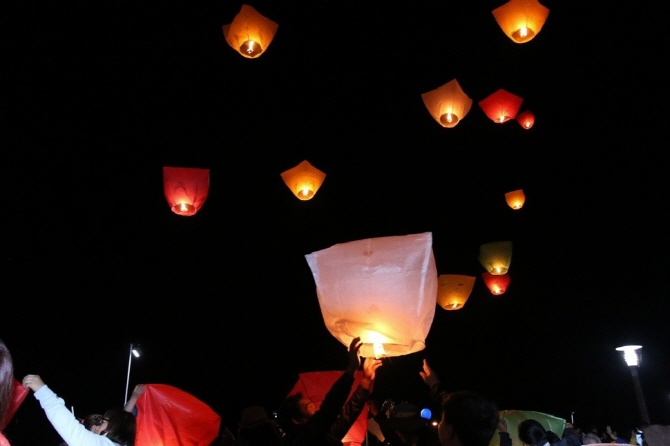 The National Institute of Forest Science, which conducted an investigation into the causes of the wildfire, analyzed videos of the affected sites and detected the spread of the fire.

They were able to find that the fire started in the middle of the mountain and spread from there. They also found debris from sky lanterns near the starting point.

With the recent oil tank incident at Daehan Oil Pipeline Corp. in October, and other fires reportedly caused by sky lanterns, authorities are warning the public to exercise caution.

The risk of wildfires is expected to rise around the beginning of the New Year as more folk game festivals are held. Extra attention should be paid since sky lanterns can easily traverse long distances and cause fires.

Those who fly sky lanterns without permission, or those who inadvertently cause fires through the use of sky lanterns, may face legal consequences.