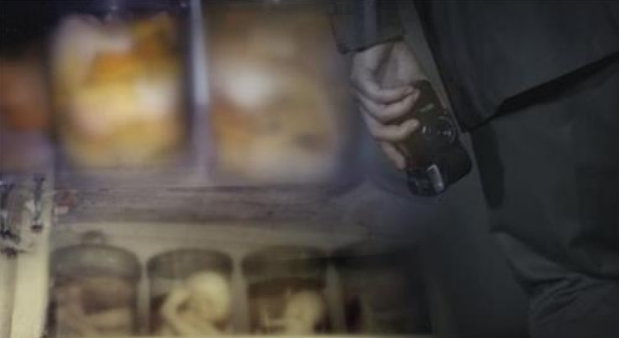 A man who worked as a medical assistant on Sorok Island during the 1960s said during an interview that the jars were used as a warning for people who had leprosy not to bear children. (image: Yonhap)

SEOUL, August 1 (Korea Bizwire) – The SBS TV show ‘The True Thing That We Wanna Know’ revealed in an episode aired on July 30 the tragedy of the Sorok Island colony, where patients were abused by Japanese officials, as well as their own government.

The SBS show presented significant evidence of the government’s abuse of power, in which forced abortions and vasectomies were conducted under the guise of eugenics.

According to the show, vasectomies were performed on patients until 1992, and abortions until the late 1980s – often without patients’ consent or prior notice.

The show referred to Article 14 of the Mother-Child Health Act, which covers some eugenic elements, and insisted that the government decisions were the primary hidden force that encouraged illegal abortions and cruel medical operations performed not only on Sorok Island but also at six public hospitals across the country.

More than 500 patients with leprosy (Hansen’s Disease) filed a lawsuit against the Korean government in 2011, but the government has continued to claim that the operations were not obligatory – a position that was harshly condemned on the show.

The host of the show, actor Kim Sang-joong, also stated that there is no evidence to prove that patients agreed to undergo the operations, and that medical assistants testified that the decision to perform sterilization and abortion procedures came directly from the Health Ministry.

“The government is waiting for victims to pass away instead of investigating past affairs, which is a shameful attitude,” said Kim. He added that the government should face the situation head on and acknowledge historical misdeeds.

What viewers found most shocking were the numerous photographs of jars filled with human body parts, some containing unborn fetuses. A man who worked as a medical assistant on Sorok Island during the 1960s said during an interview that the jars were used as a warning for people who had leprosy not to bear children.