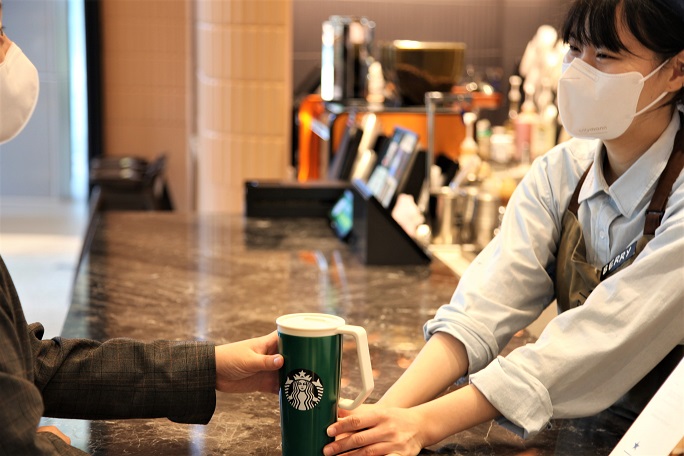 SEOUL, Dec. 8 (Korea Bizwire) — Starbucks Coffee Korea announced that it will ban the use of disposable cups at all stores on the southern island of Jeju starting on Tuesday.

The 23 Starbucks outlets on Jeju Island will only serve drinks in mugs, personal and multi-use cups.

Multi-use cups can be returned through a return slot after use.

A total of 26 return slots have been set up at all Starbucks stores on the island including stores at Jeju International Airport and an SK rent-a-car store.

The four Starbucks stores that have gone through a trial period without disposable cups since July showed that the return rate of multi-use cups stood at around 50 percent.

The introduction of multi-use cups at all Starbucks stores on Jeju is expected to save more than 5 million disposable cups each year, the coffee franchise said.