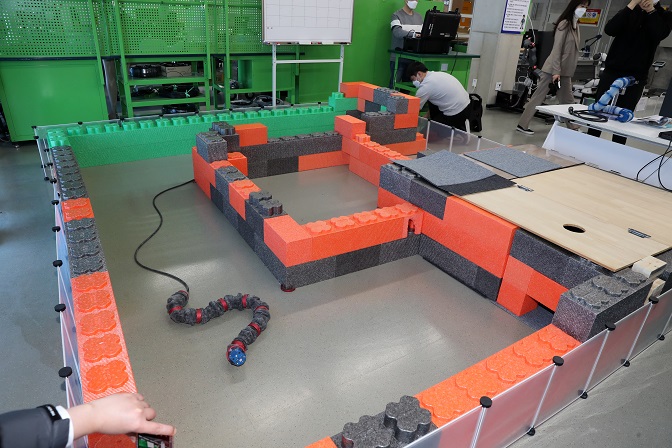 GWANGJU, Feb. 23 (Korea Bizwire) – The state-run Korea Institute of Robotics and Technology Convergence showed off a variety of robots on Monday in celebration of its 10th anniversary.

A snake-shaped rescue robot that is designed to explore narrow spaces can move its head in the direction that sound is coming from. After detecting people during a search, it can inject water or medicine through a tube mounted on its front area.

With an external monitor, it can identify wall structures or mannequins using a camera attached to its front. 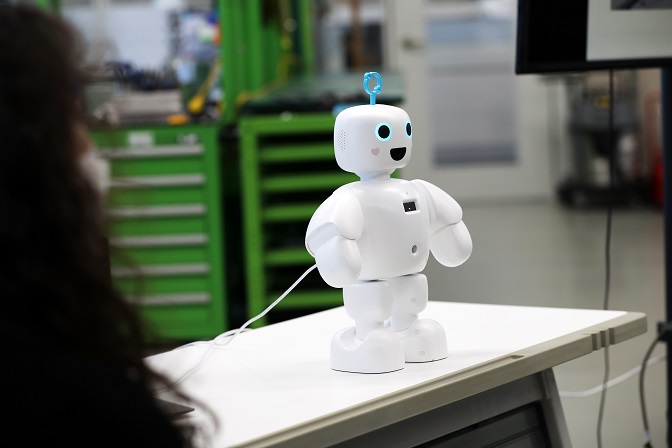 The institute also showed off an armored vehicle-type robot that can be mobilized in dangerous areas with the risk of gas leakage, collapse, explosion and fire.

With a hydraulic arm and tools to destroy or cut obstacles, this robot can be controlled by an internal driver or operate on a remote-control basis.

The institute also revealed a pipe robot that is still in the development process. It can enter a pipe that is inaccessible to perform various tasks such as scraping out taints attached interior surfaces, or spraying high-pressure water. 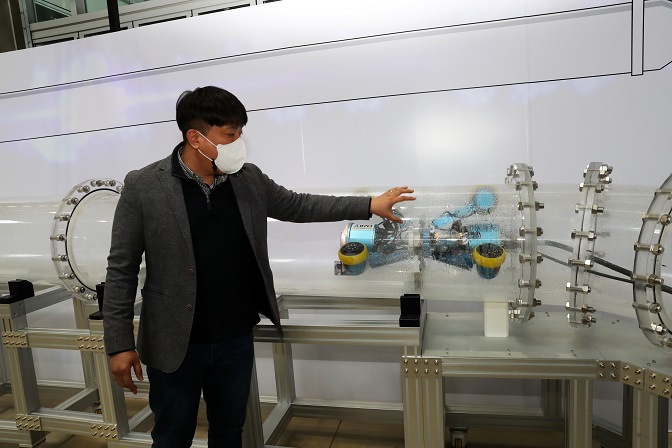