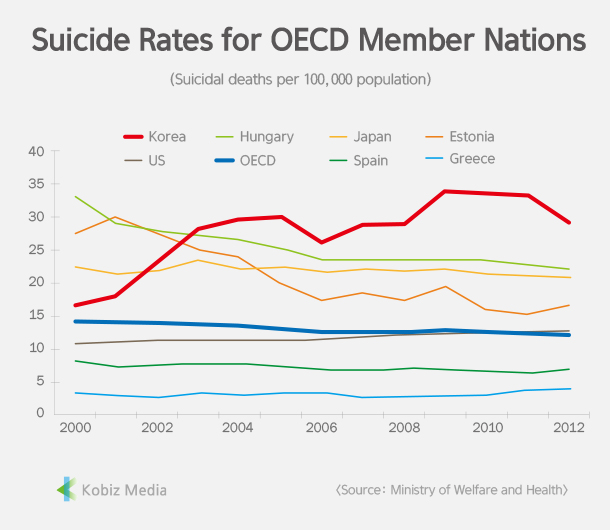 While a recent OECD study showed that life expectancy in Korea has rapidly increased for the past five years, it displayed a shameful aspect of the nation as well, as it revealed that Korea has again, for 10 years in a row, ranked first in suicide rate in among 34 OECD member countries.

According to “OECD Health Data 2014” (based on statistics from 2012) published by the Ministry of Health and Welfare, the life expectancy in Korea was 81.3 years, which was 1.1 years longer than that of OECD average (80.2 years). It also was raised by 1.9 years during the past five years, while the OECD average life expectancy gained 1.2 years during the same period.