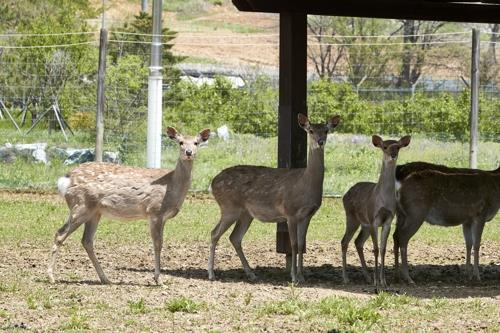 YEONGGWANG, Sept. 4 (Korea Bizwire) – The isolated island of Anma-do in Yeonggwang, South Jeolla Province has been pestered with a flourishing deer population that has been causing significant property damages.

With the deer problem worsening, the owner of the deer – who allowed them to graze freely without permission – may be facing criminal charges.

According to the municipality of Yeonggwang-gun, there are a total of approximately 600 deer living on Anma-do, an island situated two hours by ferry from the nearest inland port in Yeonggwang-gun.

With a population of 190 residents in 45 households, the deer currently living on the island outnumber the residents.

The deer were first introduced to the island in the early 2000s,when four islanders purchased 15 deer to raise privately. The deer have since been multiplying prolifically.

Powerful and quick, the deer have been damaging farm crops and trees, even threatening residents with their sharp antlers, prompting islanders to request help from the government to capture the animals.

Despite having been a problem for years, the government has been unable to come up with a solution as current laws forbid deer, categorized as livestock, from being captured without the permission of their owners.

As the law requires livestock be kept within fenced facilities, deer owners were asked to comply with the guidelines.

However, the owners have argued that the residents were against the idea because fences and other facilities would be aesthetically displeasing.

The residents have been at odds with the owners regarding the damages incurred by the deer and plans to capture the animals.

The local government of Yeonggwang-gun previously suggested that both parties try to come to an agreement, but decided to intervene after the conflict worsened.

The government will fine the deer owners 100,000 won for allowing the animals to roam wild.

If this does not help lead to a resolution, authorities are considering pressing charges against the owners for forest damage, an act punishable by up to a year in prison or a fine of 10 million won or less.