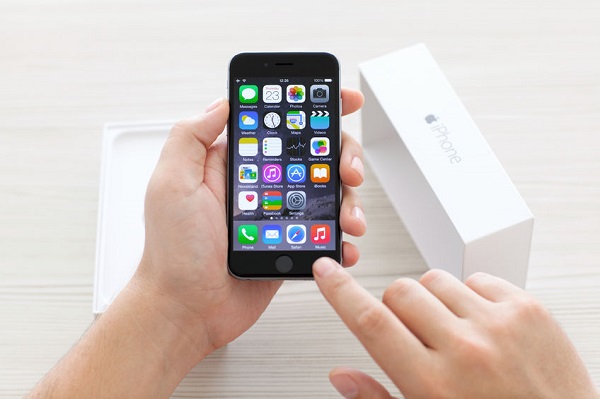 Under the circumstances, iPhone 6 has been a good chance for retail stores to boost its depressed sales. (image: Kobizmedia/Korea Bizwire)

SEOUL, Nov. 4 (Korea Bizwire) – Last weekend, a 100,000 won, or about US$93, iPhone 6 swept Seoul. As soon as the information on its flash sale hit the street, people who have craved for the new Apple phone started waiting in long lines to obtain the much less expensive one.

Under the circumstances, the new release of the upgraded iPhone has been a good chance for retail stores to boost its depressed sales. Under the law, the outlets are allowed to provide subsidies less than 15 percent of the total selling price. However, the stores, offering the low-priced 16-GB iPhone 6, provided additional aids to customers, which originally were grants given to the stores, not intended for the customers, paid by mobile carriers such as SK Telecom, KT and LG Uplus.

The outlets utilized the money to sell the new gadgets faster as volume sales at a low unit margin are much better for their profits like they did before the law. Otherwise, they might have to shut down their business. Thanks to the additional support, customers could buy a 16-GB iPhone at 100,000 won to 200,000 won, depending on other contract terms.

The Korea Communications Commission alerted the three vendors to the weekend incident and started to investigate it. Those who violate the law will be fined 3 percent of their mobile phone sales. Some criticized that the recently implemented law is highly likely to generate similar episodes again.