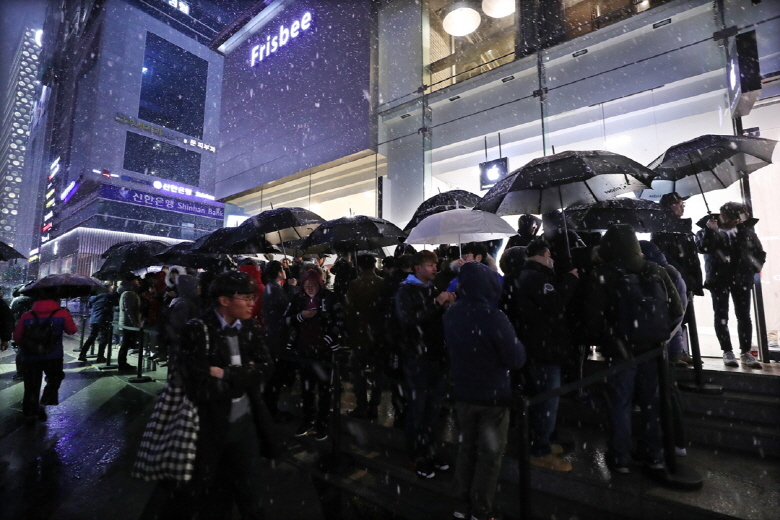 Even considering the discounts, market observers said local prices are still far higher than in the U.S., where the 64GB edition is available for $999.

The country’s mobile carriers have received preorders for the gadget, but the preorders were sold out in a few minutes.

Tech watchers estimate the number of iPhone X smartphones allocated for South Korea in preorders was around 100,000, far below the more than 200,000 units posted by the iPhone 8 smartphones.

The 5.8-inch iPhone X is equipped with such new features as Face ID and an organic light-emitting diode (OLED) display.