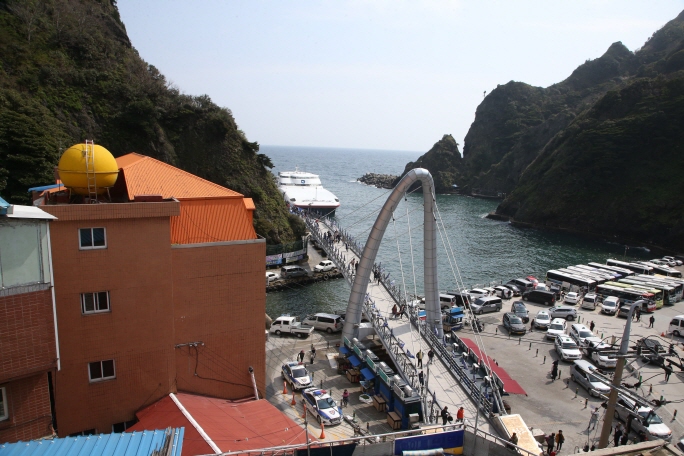 The province said that raising the eco-friendly qualities of the island may lead to higher prospects of being listed as a UNESCO World Natural Heritage Site. (Yonhap)

The long-term plan is to raise the quality of the island’s nature to be listed as a UNESCO World Natural Heritage Site.

To keep the island clean, visitors and residents will be asked to refrain from using disposable plastic bags or plastic cups.

The province will also come up with plans to address plastic waste caused by the fishery industry on the island, while collecting old nets and waste scattered around the coast of the island.

Incentives will be introduced to minimize everyday waste, and utility poles will be taken down to allow visitors and residents to enjoy the full view of the island without any obstructions.

The province said that raising the eco-friendly qualities of the island may lead to higher prospects of being listed as a UNESCO World Natural Heritage Site.

The province plans to file a formal request with UNESCO to list Ulleung Island as a World Natural Heritage Site by 2023, based on the island’s natural beauty, geological importance, and exotic ecosystem.